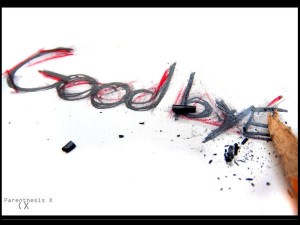 You’d think that I’d be used to it by now. It started when I left the Basque Country to embark on this adventure of twelve years (so far) in the US. Agur to my parents, my friends, my town, and my way of life. It was a rocky start in Boise. That first year was very tough. But little by little, I got used to it and I have grown to think of Boise as my hometown, just like Ortuella was. And I’ve met so many awesome people over the years, I count myself really lucky. Some of them, like Dunya, will be my friends for life. But just as Dunya, many of them leave Boise to live in other places, for different reasons.

Dunya wanted to be close to her family, and so she packed her family and her stuff and she’s been gone for a year now. She did, however, come back to visit last week, and it was just like old times, even though I was grumpy for most of the week (that’s another story). When she left I didn’t cry, at least not in front of her, I just can’t do that. [8/6/11: Dunya is coming to Boise at the end of this month!]

Then there were Beatriz and Pascal, who moved to Boise from France so he could work at Micron. They spent two years in Boise and their older child was born at St. Luke’s. They had to move back to France because Beatriz couldn’t get a work visa and she wanted more out of life than going to BSU. We still keep in touch by email [8/6/11: Facebook now], although obviously, it’s not the same.

This year I made friends with a Basque family that decided to take a break and  spend 7 months in Boise. Edorta and Izaskun also packed their stuff and kids, June and Andoni, and left Donosti to start an adventure of their own. We became friends, and their kids became friends with our kids. Since January, we’ve met pretty much every week and, apart from keeping me company and cheering me up those weeks when Mike was away, they’ve also been patient when I tried to speak in my broken Basque. We’ve been to the cabin twice and danced to “Paradise in the Dashboard Light”, after having a couple of wines in my house. And you guessed it, they are leaving… Soon. They have their house and their lives in the Basque Country, and as nice as the break was, they have to leave. I know I will see them again, more people to visit when I go back to Bilbao, but I will miss them so much here! [8/6/11: They came back to Boise for a month this summer and called me right away. I’d have liked to hang out with them more, but all in all we met up three times. I was a happy camper.]

7 thoughts on “It’s so hard to say goodbye”