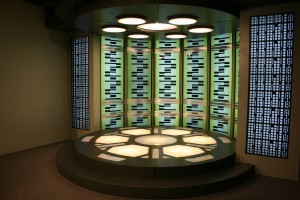 Beam me up, Scotty!

May 1996. Mike had finished his two semesters at the University of the Basque Country, and was returning to Boise at the beginning of June. He’d decided to take some time to learn Spanish before graduating, and signed up through the USAC program to spend a year in the Basque Country. I was to follow in July, so we had a month in between where we’d be apart. Phone calls between the Basque Country and the US were not cheap back then, and it’d be a while before Wi-Fi, chat, Facebook, Tweeter, and Skype became available. However, we had email. Not that I’d ever heard of it, though. I was like, no Mike, there is no such thing at Deusto, is there? There was. I seriously can’t believe there was a time in my life where I was blissfully unaware of its existance.

February 2011. I take my kids to the movies to see Gnomeo & Juliet, a very funny movie, with lines here and there only adults will get, and an awesome soundtrack by Elton John. The kids loved the music and grill me all the way to the Saab with questions about the singer, the song titles, do I have the songs on my iPhone, and would I pretty please play them in the car. I do have a couple of songs, but as I’m pulling out of the parking lot I think I can probably go to the iTunes Store right from my phone and check whether the soundtrack is available. It is, and in the time it takes to drive from the movie theaters to my house (less than ten minutes), I have searched, chosen, purchased, and downloaded the entire album. All over 3G. Didn’t even need Wi-Fi.

And not two weeks ago, I video-chatted through FaceTime with my friend Unaitxo (who finally saw the light, ditched the HTC, and got an iPhone 4). I mean, I’m in Boise, and not only did I talk by cell phone with someone in Plentzia, but we saw each other’s faces while at it. I’m still in awe. It’s one of those things I always thought would be so cool, but never expect them to happen.

Technology is a trip. Now, I can’t wait to find out what the future holds. I keep my fingers crossed that I am still alive for the beta version of the Transporter. Beam me up, Scotty!