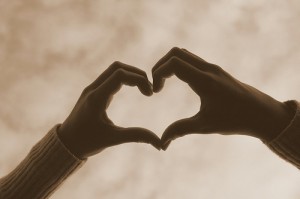 Forever in love (or not)

I finally had two minutes to spare after work to make it to the post office. I literally got there right at 5:30, and I don’t care what people say, my neighborhood postal employees are awesome, and treated me like it was 10 in the morning. There were only three other people other than me: a short, Asian looking lady being helped at the counter, and an older couple (probably in their 70’s) still hastily writing addresses on a bunch of envelopes. She must have spelled one of the names wrong and they both busted out laughing when they found out she’d changed the addressee’s gender. I got helped before them because I was there just to pick up a Christmas card (I know!) from my friend Rober. I obviously couldn’t wait to get home to open the packet (who waits to open what looks like a present, anyway?), and as I fumbled with the tightly sealed envelope, the older couple came out of the post office. Their car was parked right by mine. It shouldn’t have, but it took me by surprise when the man opened the door for his wife and waited to close it after she was comfortably seated. Then he went around, got into the driver’s seat, and drove away. I thought how awesome they were able to laugh and keep the courting going after, what? Maybe 45-50 years together?

Then again, this is the US and the 21st century. They’re probably both into their 5th marriage, and just met at one of those Mormon Sunday dances for singles. But I like the first story better.