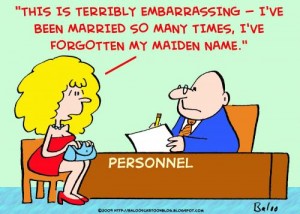 I got a call yesterday from some mom to invite Maitane to her daughter’s birthday party on Saturday. I had no clue with this mom was, or her daughter for matter, which is pretty troublesome in itself. Apparently the kids know each other from the after school program we use when there is no school. In any case, I asked this mom to please send me an email with all the info, as I was driving and couldn’t write it down. Besides, even if I wrote it, unless it was on my phone, I’d lose it anyway. So I get her email last night, and the first thing I notice is that it comes from a her_name_&_his_name_his_last_name@provider.com email address. What, were they holding the mouse together while they clicked? Maybe one wrote the message and the other one sent it? Do they both use the same email address for sure? Or do they only have it for sending out birthday invitations and Happy Christmas messages?

I know. I will probably go to hell for being so… Gee, what’s the word I’m looking for? Me, I guess. But please, feel free to comment on the post and I will approve your comments, or not. I will if I agree with them. I have some good friends that do this joint email address thing, and I still don’t get it, especially when I know it’s the woman that writes the emails and checks these accounts. Just as it is the woman who will spend hours getting those Christmas cards ready and eventually resort to signing her husband’s name herself so they can go out on time. I did the Christmas card thing for a few years, but I stopped about three winters ago and starting sending my good wishes by email instead (from my very own email address too!). It’s my own special way to help the environment.

The her_name_&_his_name_his_last_name@provider.com annoys me in more ways than one. If I was going to have a joint email address and I’m the one using it, I’d like to at least have it in her_name_&_his_name_HER_last_name@provider.com format, right? This might have more to do with the fact that we don’t take our husbands’ last names where I come from (although we had something similar) than with being such a chauvinistic tradition. Why, oh why, are women expected to change their last name to their husband’s last name when they get married? What? Do they magically stop being who they are to become some type of possession? I know, I know it’s just a custom, but it originated from something, didn’t it?

I remember seeing my parents’ visiting card long, long time ago, when I was a kid. They (well, mostly my mom, ummm, surprise!) used these cards to leave them at funerals so the grieving family knew they’d attended the service. It read: Fernando Chico & Maria Jesús Jiménez de Chico. I’d be pretty mad if it wasn’t for the fact that I still can’t help but chuckle when I think about it, as everybody knows a way more truthful statement would have been: María Jesús Jiménez & Fernando Chico de Jiménez.

Awwww… I feel so much better now!