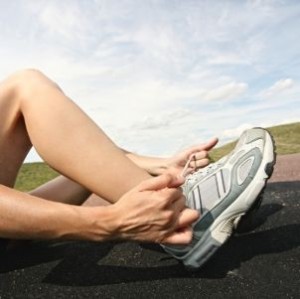 My not so new morning routine continues of tuning to 670 KBOI on my way to work. It’s the only way (other than my dad’s posts on my Facebook wall) to get a glimpse into what’s happening outside the Chico household. You get to find out about really interesting stuff, like, have you ever stopped to check in which order you put on your socks and shoes?

I hadn’t, until a couple of weeks ago when I heard Paul J. touch on the issue with Chris. It turns out I’m on the “dress one foot at a time group”, which apparently is the wrong way to do it. Great. On the other hand, I’ve already accepted I’m far from normal, so nothing new.

There are advantages and disadvantages to both ways of getting your feet ready for the day. If you’re like me, you might end up having to hop from place to place if something happened and you didn’t have enough time to get both feet taken care of, but at least the one would remain unharmed. True, half your butt would be sore the next day, not to mention your calf, but hey. On the other hand, if you followed the rules and dressed yourself correctly, you’d end up with both feet protected by socks, which wouldn’t matter if you stepped on a push pin,  but they’d at least stay clean, right?

So, as I’m changing into my gym clothes to go workout at lunch, I try forcing myself to do the right thing. There was no way. I just could not go sock, sock, shoe, shoe. Shit… I can’t even break this pattern.

On the bright side, it is true what they say about exercising and relaxing your mind. Once I got to the gym, stepped on the elliptical and looked outside to the volleyball game being played on the field across the HP gym – a bunch of shirtless, muscle-ridden guys in varying degrees of tanning stages, I immediately forgot what I was stressing about!

The order of what again?

7 thoughts on “Shoes and socks: The dilemma”