The Euskal Lagunak Basque club from Mountain Home did not let the summer heat slow them down. After a successful year of various events to promote Basque culture, such as the Mus workshops and the Korrika, they are now getting ready to host the second edition of the Gurea workshops this month and preparing for the 2011 Annual Basque picnic, which is coming up in August.

I got really excited when I read about the Workshops in the monthly newsletter and signed the kids up right away. Today I am finally playing hooky from work and taking them to Mountain Home so they can attend Wednesday’s session. I’ll report back soon! 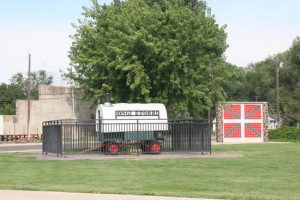 Gurea (“Its Ours”) workshops are aimed at developing and implementing a method to sustain “Basqueness” in the individual clubs.

Some Basque clubs in the US are doing very well celebrating and educating about Basque culture in their towns. Most of them, however, are up against it with various challenges in keeping Basque things going. That is why NABO in conjunction with the Autonomous Basque Government of Euskadi, decided to organize a series of visiting workshops that would come to the individual towns for a few days. The club hosts 2 or 3 young adult instructors from the Basque country, who present workshops on various aspects of Basque culture in an effort to get families together in the community to learn a few more things about Basque culture.

More information can be found on the N.A.B.O. website.