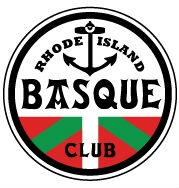 The Rhode Island Basque Club has quite the weekend coming up. On Saturday Urko Menaia will perform at Portsmouth Abbey School and the fun continues on Sunday with the 2011 Basque picnic.

You are all welcome to attend.  Bring your lawn chairs!  For more information about Urko Menaia and his music go to: http://www.nabasque.org/NABO/urko_menaia.htm

From New York City:
1. Take Interstate 95 North through Connecticut to Rhode Island.
2. Rhode Island, Exit 3 to Route 138 East.
3. Follow signs to Jamestown and Newport (Pell) Bridge ($2 toll).
4. Bear left at end of Newport Bridge to Admiral Kalbfus Road.
5. At end of exit ramp turn left at traffic light.
6. Turn left at second traffic light, the intersection of Route 114.
7. Travel approximately 9 miles north on Route 114.
8. Immediately after a green highway sign on right hand side of the road which reads “Portsmouth Abbey and School” turn left at traffic light onto Cory’s Lane.
9. One-half mile down the lane on the right is the entrance to the School. Look and follow Admissions Office signage.

From Boston:
1. From any point in the Greater Boston area, take Route 128 to Route 24 South, heading toward Fall River and Newport.
2. Take Route 195 West for one half mile, then rejoin Route 24 South toward Newport.
3. Remain on Route 24 South until it merges with Route 114.
4. At the first traffic light after the merge, look for the green highway sign that reads “Portsmouth Abbey and School.”
5. Turn right onto Cory’s Lane at traffic light.
6. One-half mile down the lane on the right is the entrance to the School. Look and follow Admissions Office signage.