Sometime ago I had the brilliant idea of explaining to you why I liked soccer. I meant it as a joke, because I am a true soccer fan and I’ll watch it no matter how unattractive players can be. No sooner had I publish the post that my sister commented on it. She wholeheartedly agreed with my views, but told me I had forgotten the strongest argument of all: DIEGO FORLÁN.

Apparently, an argument the whole freaking world agrees with. Diego has single-handedly driven the most amount of traffic – every day, from every country – to  A Basque in Boise since I published the post. 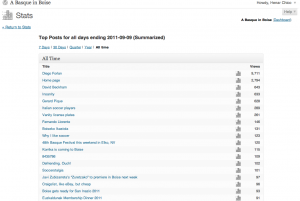 So I figured I might as well give in and grant him his own private post, with a bit of history and some more pictures for the public’s entertainment.

Diego Forlán Corazo (born May 19, 1979) is an Uruguayan soccer player who plays as a striker for Internazionale and the Uruguayan national team. He is a two-time winner of both the Pichichi Trophy and the European Golden Shoe, and also received the Golden Ball as the best player at the 2010 World Cup.

Forlán was born into a family of soccer players (his father Pablo played for São Paulo (1970–1975) and Uruguay (1966 and 1974 World Cups), and his grandfather, Juan Carlos Corazo, for Independiente in Argentina. Forlán played with Independiente for four years, then signed for Manchester United after. Forlán’s two-year stint in the Premier League was quite disappointing though (I think it was too cold for him in England), and he moved on to La Liga side Villarreal. After several successful seasons with Villarreal, Forlán joined Atlético de Madrid.

If you need more details about Diego and his career, click here.

Now, I’m sure you’re all fascinated with Diego’s soccer playing achievements, but I bet you didn’t come here for that. You came here for the visual, am I right? I wonder if you’ve noticed, but  there seems to be a pattern to Diego’s behavior. Maybe he should go back to the Premier League, where is not so hot.

Also, I can’t help but think about my friend Gratien every time I look at Diego’s pics. I don’t know why… 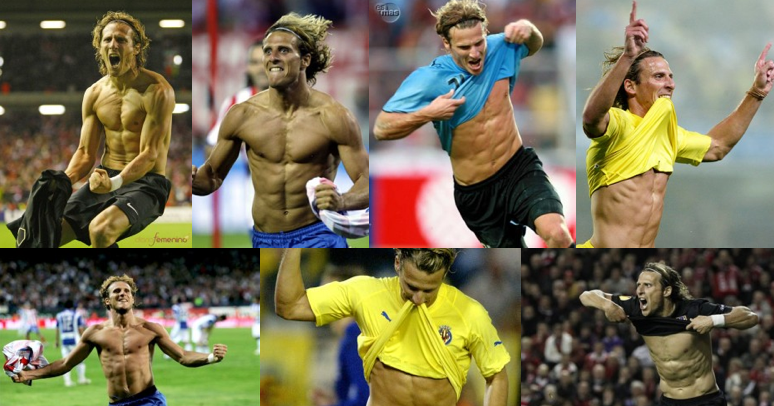