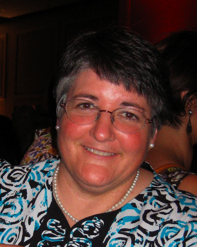 Patty Miller, director of Boise’s Basque Museum and Cultural Center, is among several people and institutions whose accomplishments will be honored by the Idaho State Historical Society.

Miller is a pillar in Idaho’s Basque community. She and six others will receive the society’s 13th-annual “Esto Perpetua Award.” The Basque Museum and two other organizations will also be honored by the historical society.

The Esto Perpetua Award derives its name from the state’s motto, “let it be perpetual” and is bestowed upon individuals and and organizations that have helped promote Idaho history with public service, professional work, volunteerism and philanthropy, according to the historical society.

The historical society will also bestow its “Local History Award of Merit” to the Basque Museum and Cultural Center for its “Hidden in Plain Sight” exhibit that opened at Ellis Island in New York City in February 2010. The six-room interactive exhibit highlights the unique origins of the Basque people and their language, Euskera. It’s opening was a momentous occasion for the international Basque community that was attended by several hundred dignitaries and well-wishers.

Over the years, Miller has been a tireless community leader. She was a founding board member of the Basque Museum in 1985, and she was a driving force in helping transform the Basque Block into a centerpiece of culture and history in downtown Boise.

Miller has also been involved with the Oinkari Basque Dancers and the Biotzetik Basque Choir, among other Basque cultural and community endeavors.

Her work on behalf of the Basque community has not gone unnoticed. In 2010, Miller was honored with the Lagun Onari award, given by the Basque government for significant contributions to Basque history and culture. She received the award at Jaialdi 2010 from Basque lehendakari Patxi Lopez.

In 2010, Miller’s contributions were also honored when she received the Idaho Humanities Council’s award for outstanding achievement.