I try to limit my subscriptions to eBulletins and newsletters because I don’t like sharing my email address with groups that could potentially sell it to every marketing company out there, but I do like getting Mayor David Bieter’s eMemo every week; it’s not overwhelmingly long and it only touches on two or three issues at a time, plus they are all local, which is nice. 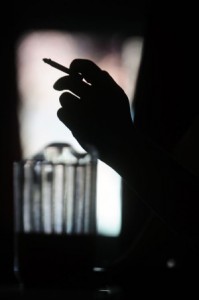 According to yesterday’s eMemo, the City of Boise is considering additional smoking restrictions. Don’t get me wrong, I think it’s great that the city wants to keep people healthy. We all know smoking is bad for you and that it will eventually kill you or at least greatly diminish your quality of life and of those around you. So then (and forgive my ignorance), why is it still legal to smoke? Shouldn’t cigarettes be banned once and for all? If a new pill for, let’s say weight loss, was being developed and research showed that people would eventually die a painful death if they took it long enough, would the FDA approve it and allow it to be mass-produced? I don’t think so.

There are very few places in Boise where people are allowed to smoke anymore, mainly bars and outdoor places in general. Now one of the proposed ordinances (Smoking in Public Places) wants to ban smoking in bars, private clubs, outdoor patios, and even retail tobacco business. Seriously? Why? I’m pretty sure 99.9% of the people who go there are “first-hand” smokers, I doubt they care that much about the effects of the second-hand. I got an idea: for all of you non-smokers who can’t stop bitching about second-hand smoke, just stay clear of the Basque Center and The Crescent, and you’ll be fine. Pretty much any other restaurant in Boise is smoke free, as are many, many, many of the bars. Don’t be selfish, give smokers a break. Not to mention having to carry a measuring tape everywhere if the ordinance passes.

Kids don’t go to bars, so we’re safe there. I’m assuming that the Smoking in Parks ban has less to do with the impact of second-hand smoking and more with projecting a clean, healthy, positive image for children. And that’s cool, because I’m sure you don’t let your kids play any violent X-Box games, keep them from watching movies unless they are rated PG, always feed them cooked from scratch, home-made organic meals, and you never ever use swearwords in front of them. Two thumbs up for you.

I believe in keeping my kids safe, of course, but I also believe in letting them see the not so pretty parts of life and talking to them about making good decisions. Life is hard and they will need skills to overcome the various blows they’ll undoubtedly get and face uncomfortable situations. I also know that no matter how much I try, my advice will be ignored once in a while.

People are going to smoke until they decide it’s enough. I myself quit smoking almost two years ago, so I know what I’m talking about. Nobody can make you quit smoking unless you’re ready to do it, despite continuous nagging (which, fyi, only makes people want to smoke even more, so stop it.) The prospect of going to jail would probably help most smokers with the decision, though. Sure, all the people organizing task forces, coming up with anti-smoking advertising campaigns and planning public information hearings would be out of work, as would those employed by tobacco manufacturing companies. Darn.

All of these restrictions seem to me like a round about way to make something illegal that is not.