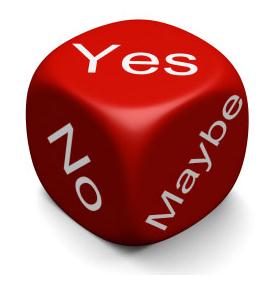 I get ideas for the blog all the time. Some are fleeting and disappear from my head the second they arrive. Occasionally they come back, and back again, so then I figure I better sit down and grant them their 15 lines of fame. Other times I can’t expand on the idea at that moment, or maybe I’m feeling lazy, and who wants to think and mind their spelling when Netflix and that comfy red couch is calling your name. In those cases I stick my thought into a “Draft post” and let it sit there until I’m ready for it.

Today I looked. Ten draft posts waiting to see the light. One has been there since the beginning of May. At least I remember what that one is supposed to be about, because there are a couple of other, more recent drafts, I can’t recall for the life of me what I was hoping to achieve when I saved them. One is called “Chest of Drawers” and in the body I wrote “wordreference.com” and “sliding door”. It can’t be about remodeling because I like my house the way it is, neither can it be a list of things to get from Home Depot, because I haven’t set foot in that store (HALLELUJAH!) since I got divorced and the hell I’m going to change that. For all you skeptics out there, one can indeed survive without those weekly trips to the flooring/tiling/bathroom/painting department of home improvement stores. I’m living proof. It’s been two years and I’m still making it, sans the Depot.

There is another empty draft titled “Hands-on”. I’m not even going there.

Sometimes I use my drafts to save personal notes, thoughts and dreams that I can’t – or rather shouldn’t – publish, so I’m hopping the Blogs’ manager at EITB doesn’t have time to snoop or it’s only bilingual in Spanish and Basque. And other times I’m just waiting for people like Jesus Alcelay or Aitor Inarra – whose names must remain unknown – to return information or the answers to interview questions so I can finish up their articles.

I think it’s time to give these draft posts the boot. On the other hand, the only boy scout rule that ever stuck was “A boy scout never leaves things halfway”, and what a pain in the ass it’s been. Like the worst of guilt trips.  And self-imposed, too.  Maybe I’ll just delete the ones that do not make sense to me anymore. I mean, if I can’t remember why I saved them, what’s the point of keeping them?

One thought on “Draft posts”