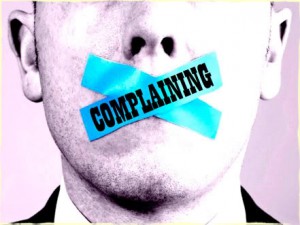 I had the misfortune of stumbling upon this website while reading my friend’s essay, The ‘Friend Zone’: A world away from boyfriend-dom, which included a link to this (yawn) immensely boring and insulting theory. Not only is it longer than the Bible, but it’s full of crap too:

“[…] women dig guys with money. Would Donald Trump be f****ng models if he wasn’t rich? That question is rhetorical. Now I don’t even believe this is wrong, I think it is just nature. But I also think women who are this way (and it is almost all of you) should be honest and admit that they are basically whores, and stop saying bad things about the so-called “actual whores” who are just trying to earn an honest living.”

Forgive me if I didn’t make it to the conclusion of this enlightening piece, but three pages were enough to realize that this guy hasn’t been laid in a long time and apparently, we girls are to blame. It’s possible he makes a point at the end of the theory, I don’t know. Maybe someone who gives a shit can read it and get back to me?

The whole point of both this theory and my friend’s article is the same; one calls it “The Friends Ladder” and the other “The Friend Zone”. I feel bad being the one to burst their bubble, but that ‘space’ does not exist. Just like people invented Heaven because it’s easier to die when you think you’re headed for Paradise, guys that don’t get laid use the “Friend Ladder/Zone” concept to feel better about not getting any.

So what if a girl thinks you’re funny but doesn’t feel like sleeping with you? How is that bad? If getting turned on by someone was voluntary, a switch you could flip on and off, there would be no affairs, divorce and unhappy marriages would be unheard of, and friendships would never get ruined.

“Hey, hey, Ines, you know I put dibs on him first. What about you turn that switch off and go after his friend Ocio instead?”

“That’s a great idea! Sorry to step on your turf, Olatz.”

The way I see it, when you have the hots for a girl who only wants to hang out with you, it’s not like you’re obligated to a lifetime of friendship. It’s your choice to stick around or hit the highway (this also applies to those who get involved with unavailable people and act surprised when it doesn’t work out). Look, I don’t judge, it’s your life. Stay if you want to, just don’t complain afterwards.

Bottom line is, you can’t control your feelings, but you can control what you do about them. Sometimes you put your foot down, and sometimes you surrender. Be sad, be mad, stay or leave. But whatever you do, own your decision, don’t make excuses, don’t blame the other person.

6 thoughts on “What Friend Zone?”