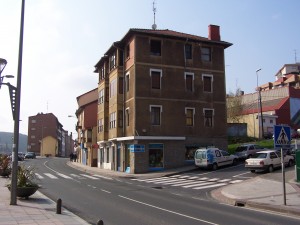 There was a time when I didn’t own a cellphone. I remember when I first noticed somebody walking while talking to a gadget they kept pressed against their ear. It was in London, and I was 19 years old. I remember thinking how stupid this guy looked, talking to an invisible party but waving his arms like there was someone in front of him. I was an English major at the university and I’d convinced my parents to let me go as an au pair for a month. I told them I needed to work on my English to get a good job, although my real goal was to work on the English for a chance to get out of town and live abroad on my own. Eventually I got my wish; only I ended up 3,000 miles away as opposed to 600 and asking for water instead of water.

I used to hang out with my friends every day after school. We’d go to a park nearby, split into groups and play “Follow the clues” until dinnertime. I was still in grade school, so not even 13, and yet there I was, running around with my peeps for hours at a time without parental supervision and no way for them to reach me at all. True, in a town as small as mine everyone knew who you were and they had no problem ratting you out to your parents if they caught you misbehaving. Shit, they’d tell on you if they thought they caught misbehaving, just in case. Better wrong than sorry I believe was their philosophy.

Maybe there is a new clothing store where the market used to be, and the Cultural Center is no longer located on the lower level of the skyscraper (the overstatement of the century, as it’s only 9 stories high). They tore down aunt Mari’s old house and built the new Center there instead. And parking is a bitch. But generally speaking, Ortuella hasn’t changed that much in the fifteen years since I left. All the bars are still there, their names unchanged, same as the groups of men doing the rounds after work, every day, and in the same order. You can figure out what time it is just by peeking into Txutxi’s or Kiko’s bar and checking out the crew drinking inside. You can also tell who came before them and who will be next.

The church’s walls are still painted the same ugly peach color as they were years ago. I suffered them every time I looked out of the window from my parents’ living room. Now I almost like them when I go back to visit, every couple of years. The inside might be different these days, not that I would know. I was forced to attend mass every Sunday until I received my First Communion, but there was no reason to go back after that. In retrospect, something good did come out of such blessed event. Thinking about going to church feels weirder than leaving the house without my iPhone. I mean hypothetically, I wouldn’t know that either.