On Friday, May 25, at 1:00 PM Mountain Standard Time (9:00 PM in Spain), Athletic de Bilbao will play against Futbol Club Barcelona in the Copa del Rey final. The last time Athletic made it to the final was in 2009, which was also against Barcelona, who took the title with a 4-1 victory.

This will be an exciting soccer match as the “Lions” look at this game as their chance to get even. The game will be shown at the Basque Center (601 Grove Street).  We would like everyone to come down, watch the game in Basque Country style, with a potluck to match.  Bring a favorite dish to share. The game starts at 1:00 PM MST and it’s our last chance this season to take the Gabarra for a spin.

The Copa del Rey is an annual soccer cup competition for Spanish football teams. The competition was founded in 1902. FC Barcelona has the most wins (25), closely followed by Athletic de Bilbao, with 23 wins. There remains a dispute over exactly how many Copas Athletic has actually won. The LFP (Liga de Futbol Profesional) and the Spanish Football Federation only officially recognize 23 wins.  Athletic de Bilbao won the inaugural 1902 trophy under a different name, Club Vizcaya. That cup is on display in Athletic’s trophy case! 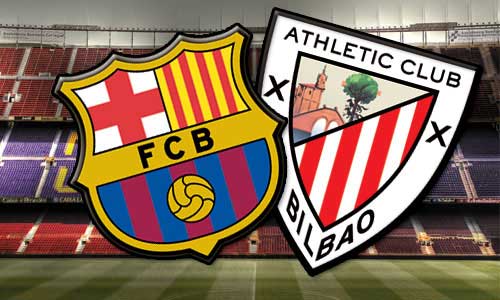 5 thoughts on “Athletic de Bilbao vs. Barcelona – Watch the King’s Cup final at Boise’s Basque Center on May 25”