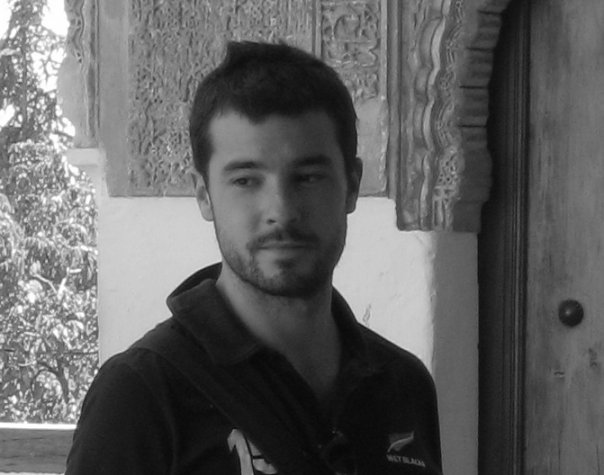 Last October, my good friend Iñigo Serna was picked to appear as a guest in Onda Vasca’s radio program, Vascos con Jetlag (Basques with Jetlag), where Basques living abroad for whatever reason get to talk about their experiences in other countries. Last weekend, it was Ander Caballero’s turn to tell us about his experiences in the US.  Originally from Bilbao, he’s lived in Boston since 2011. He is a member of the Rhode Island Basque Club, and NABO’s Basque language teachers in the Boston area.

For being only 32 years old, Ander has travelled the world extensively. Before moving to Boston, he lived in Sweden, where he studied for a year at Umeå University with the Erasmus program. Then, his work took him to Ireland, Brussels, and Dubai.

Not only that, but he also speaks five languages: Basque, English, French, Arabic and Spanish.

You can learn more about Ander by listening to the interview below, where he talks about his move to Boston, his experiences there, and how at home he feels as a member of the Rhode Island Basque Club. Just last weekend, he had an opportunity to celebrate Aberri Eguna with other Basques from the Boston area by playing cards, a game of pelota, and eating txorizo.

However, the interview is in Spanish and some of you might not get a chance to enjoy learning about Ander as I did. So I got in touch with him and asked for a little overview of his adventures so far, and this is what I got, in his own words.

I had tried a bunch of different countries around the world, both as a student and a professional, but in 2007 I ended up working in Dubai (UAE), at the commercial office in the embassy of Spain. After spending some time among the Arabs, learning their culture and language, and visiting their fascinating countries in the Middle East, I received a call from Radio Euskadi offering me to take part in an interview where I could tell them about the “Ramada an” or holy month in Islam, and how I was experiencing it as a westerner. I accepted and enjoyed the experience a lot. I got a chance to do another interview with them due to a major event in the Middle East.

Some time later, several months after returning to the Basque Country I moved back to Dubai. I was contacted by one of the guys I used to collaborate with, who was now working for Onda Vasca, to see if I was interested in participating in a live show that aired weekly on Sundays. The show gave Basques living abroad a chance to tell their stories and explain how the Basque Country and the Basques were seen around the world. At the same time, Basques from the homeland got to see the world through their eyes. I couldn’t say no to such an interesting proposal!

I put some guys and friends of mine in contact with the show so we could quickly build a network of Basque expats. Basque friends from Australia to Norway joined the program.

In 2011, I moved to Boston (USA) from where I continue to tell those people back home who like to travel “from their sofas” about the USA, our activities in the Rhode Island Basque Club, and how close you can feel the Basque Country in a place where you can play pelota in a fronton (or bet some dollars!) and eat txistorra while celebrating Aberri Eguna, right before playing Mus on the 1st Mus Championship of New England.

You can find additional interviews with other Basques around the world by visiting the radio program’s Facebook page.