I had translations to do over the weekend, but it pains me to sit on my couch all day when it’s nice and sunny outside. So after I finished at the gym on Sunday, I headed over to my favorite place and former office, the Moxie Java on Vista. I was excited when I got there, hoping the guy from Cazba would show up at some point, before his shift at the restaurant started. Let’s just say I ended up getting a lot of work done and even had time for a couple of Skype calls with some friends back home.

I took my computer outside when Ander called because I didn’t want to be rude to the people in the coffee shop. Five minutes into the call this black guy arrives, chooses the table next to mine and says hi (which is ok), but then proceeds to make small talk. I’m not saying that’s bad, but hello! I’m already engaged in a Skype conversation. You can clearly hear Ander talking through the computer. If you’ve ever met him, you know whispering is not his strong suit.

After I’m done with the call, I go back inside. The black guy is once again sitting at a table next to mine, but this time he’s in the company of a black woman. It takes me about 2.5 seconds to figure out they’re on a blind date. By their conversation, they clearly spent no time emailing back and forth on Match.com. “Do you have a favorite color?” “Do you celebrate holidays?” “What type of traditions do you keep with your family?” “Do you have a job?” (This is mainly the woman talking. I don’t really think I heard the man ask a question, and he only gave her one-word responses.)

I put on my headphones, turn on some music, and feel immensely relieved that the only thing ahead of me is a bunch of unfinished translation work. 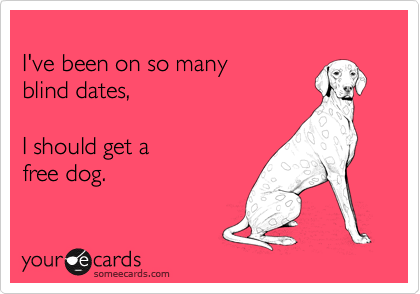