No matter how long you’ve lived in a foreign country, how great your command of that country’s language is, there will still be times when being foreign shows. Yes, even after completing, with a pretty good grade, that Masters in translation a few years back.

I visited Argentina for two weeks in 2009. The first week I spent in Las Flores, studying Basque, but the second one I used to walk around Buenos Aires, a city I’d always wanted to see. Two of my best friends in Ortuella have family there, so I met with their cousins at Café Tortoni, one of the city’s most famous hangouts. I also went out to dinner with some Facebook friends I hadn’t yet met face to face, and to the movies with Diana’s parents to see the latest Almodovar flick.

However, being the soccer fan I am, I couldn’t let the opportunity pass without watching Boca Juniors play at the Bombonera. I checked and found one of these companies that organize tours for visitors and charge you an arm and a leg for picking you up by bus, taking you to the game, showing you around the bars afterwards, and then taking you back to the hotel at the end of the night. I knew I was getting screwed when I saw the price, but hey, I smiled and charged it to my credit card. Before heading to the stadium, the tour people stopped at a Boca Juniors store so we could all get geared up. As soon as I went in, I knew exactly what I wanted: a navy blue baseball cap with the letters “BJ” in bright, sparkly mustard yellow, with the team’s emblem on the side. I wore that hat, proudly, for about two weeks after I came back to Boise.

Then one day I was hanging out with Mike – my ex-husband – while our kid played soccer, when he smiled and said: “Wow, you must be the most popular girl in Boise!” I looked at my pretty hat, and then I looked at it a little bit longer, and that was the last time it saw the light of day. 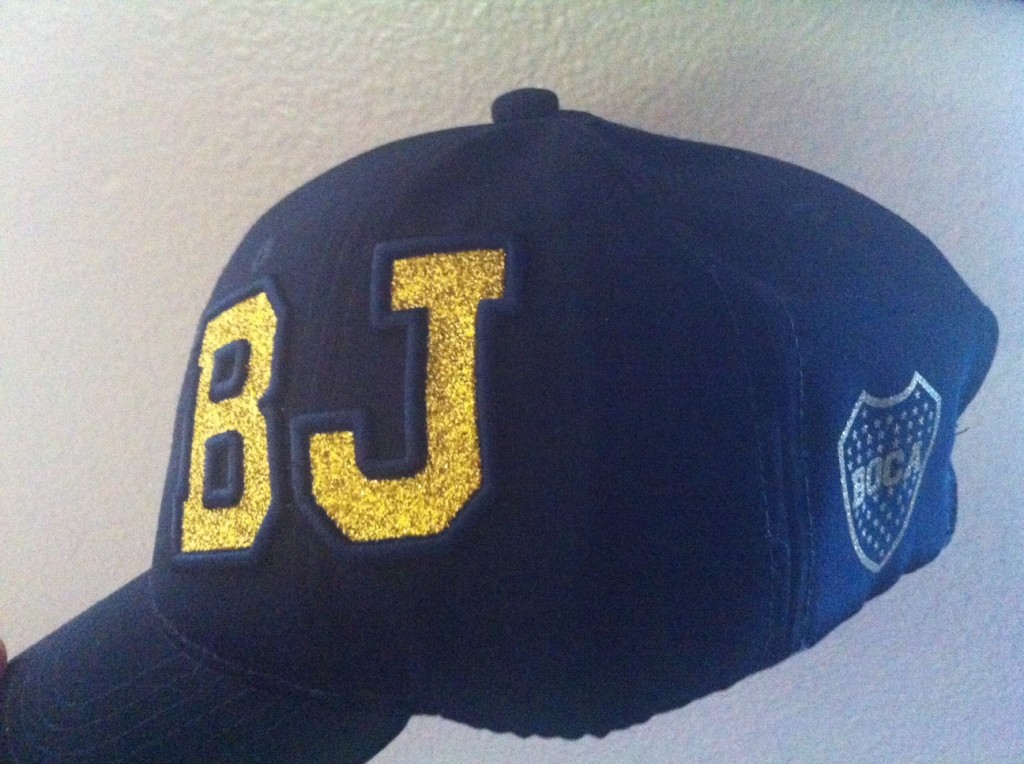 2 thoughts on “When being foreign shows”