I never thought I’d say this, but I am glad most of the summer partying is over. I’ll probably change my tune after two or three days of resting, but July has been quite the month. Between the trip to the Basque Country and the San Inazio festivities in Boise, I’m out of steam. 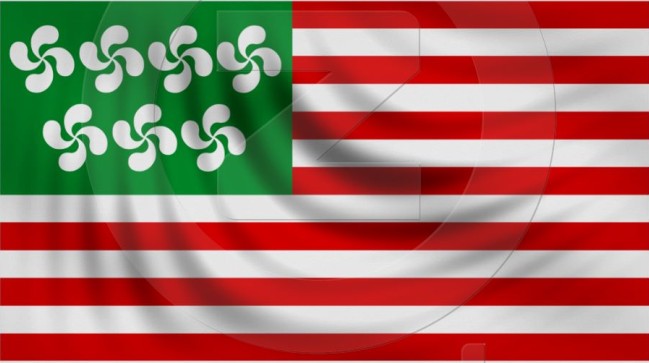 San Inazio weekend was a little different from other times, when I would stop by the Family Night on Friday, watch the Boiseko Gazteak and Oinkari dancing performances on Saturday, and dance to Amuma Says No on both nights. This year, however, I didn’t see much more than the inside of the fronton for half of the festival. I played in the Boise Paleta Invitational for the first time, and what a great experience that was! Along with my partner (awesome Michelle Friebel, from Bakersfield), we won our two games on Friday, which got us into the final. Even though we lost to the blue team by one point (35-40) the next day, I’m still ecstatic that we made the cut. Other than that, Leku-Ona and the Basque Center were the chosen places to party at night. Or in the morning, if you happen to be with those crazy California people. Ugh. They’re tough.

Now, hours away from the month of August, it’s back to reality. I didn’t think it could get harder than me visiting my family and then returning, until last night, when I talked to my kids on Skype during their last day in Euskadi and saw them crying at the thought of leaving. Even worse was seeing my dad fighting back the tears. That, my friends, sucked. But it is what it is. Life turned out this way for our family and we can’t complain.

We have many things to be happy about in Boise: We learn Basque at the Museum, Basque dancing at the Center, we drink kalimotxos whenever we want. We use the fronton all year-long and make connections with Basques from all over the States to Argentina to Canada, and back to Boise. And we have Skype now. There is no excuse to fall out of contact with one’s family and friends. Best of all, nobody questions your “basqueness” this side of the ocean.

It’s a good thing I already came to terms with my identity a while back, otherwise I’d have been crushed this summer by a couple of people who basically told me I wasn’t Basque enough. My town of Ortuella is apparently too close to Santander (a bordering Spanish province), plus I speak batua, a “made-up language”, as opposed to Bizkaian Basque, the “real deal” (which by the way, I understand just fine thanks to daily talks with my friend from Berriz – you can’t get much more Bizkaian than that). One person even refused to talk to me in Basque and then laughed when I used the batua form of a verb. Very nice. Luckily, the overwhelming majority of Basque people are nothing but encouraging. Or maybe it was all fun and games and I’m just too sensitive.

In any case, when I really think about it, my kids and I are very fortunate to have both worlds. Too bad about the Atlantic Ocean in between.

6 thoughts on “Back to reality after San Inazio”