The Etxepare Basque Institute has organized an exciting event regarding Basque culture which will take place next month in New York.

The Etxepare Basque Institute’s goal is the promotion and diffusion of the Basque culture and language worldwide. For that reason, they have organized a small sampling of Basque culture in New York from the 1st to the 13th of October.

Some of  the events planned for the two-week Basque culture sampling include a round table discussion on the bombing of Gernika led by Joan Ramon Resina (Stanford University) and Joseba Zulaika (Center for Basque Studies, University of Nevada, Reno), a film series with movies like “Vacas” and “El Árbol de Gernika“, or a concert by famous Basque singers Mikel Markez and Eñaut Elorrieta. You can check the complete program below or download the pdf file here. 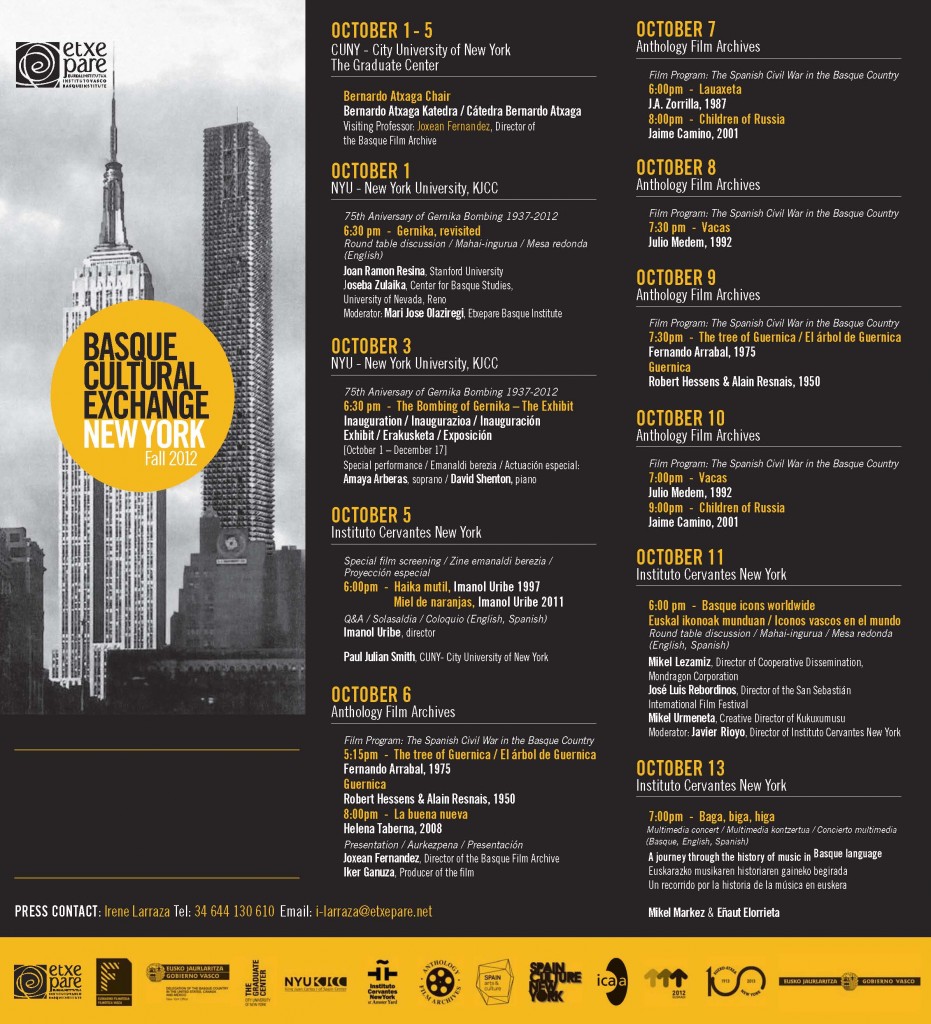