The dog wanted a friend. So one day she thoght about asking the mous to be her friend. But the cat still wanted that singing mous. One day the cat went really close to the mous when the mous was not looking. But the dog… took a nap.

The cat was singin this when she was looking for the mous: papa lara im going to eat that singing mous. 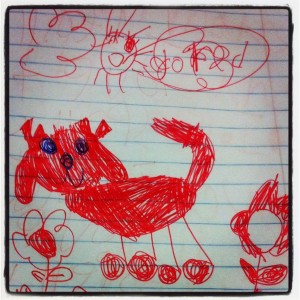 One day the cat coutgh the mous. The mous said pleas do not eat me.

The cat said: I have been hunting you for years.

The mouse said: But i do not care.

The dog came by. The dog said can i join the party?

The cat dropt the mous. The mous said thank you.

So the dog joind the party and they all playd games togethr. And they became friends forevr.

5 thoughts on “A Cat Finds A Friend And A Mous”