December 3rd is International Basque Day, established in 1949 by the Basque Studies Societies, a private scientific-cultural entity founded in 1918 as a permanent instrument for the development of Basque culture.

Like every year, Basques in Boise will gather once again at Boise’s Basque Block to celebrate with games, food, and singing. Meet at the Basque Museum at 6:00 pm on Monday, December 3rd, and then move over to Leku-Ona at 7:00 pm for appetizers and singing.

If there is no events in your city to celebrate this day, or you already have a previous commitment, you can still contribute by participating in a campaign to ask Google for a doodle of Basque language. From October 30th to December 1st, the Basque Studies Societies website will be collecting petitions to Google for a doodle of Basque language, which will be sent to Google on December 3rd. Those who wish to sign should click here.

The BEO will host a meet and greet reception before the screening (wine & cheese).  To attend, please RSVP to Nicole Sorhondo atInfo@BasqueEd.org.

When life repeats itself, we’ll do anything to change our destiny. We’ll toil and sacrifice for our families, without asking the cost to our children. To support his family in the Basque Country, Joaquin must herd sheep alone in America. Burning suns and blistering winds have made him a quiet, distant man. When his son joins him herding, years of separation and sacrifice come to a head. Together, they must battle the mountains, isolation, and each other.

The first American-made Basque-language film, Zuretzako is based on the life of filmmaker and Princess Grace Award-Winner Javi Zubizarreta’s own grandfather. Starring Zubizarreta’s father and brother in the title roles, Zuretzako tells the story of the sacrifices that fathers make and the toll they take on their sons.

Director Javi Zubizarreta will be on hand to present his film.

(For Zuretzako related posts previously published on A Basque in Boise, click here and here.)

Basque firm to launch app to play txalaparta on Iphone

One of the Basque Country’s traditional musical instruments will be born in the age of technology this Thursday when two Basques, Damien and Iban, launch Txalapartapp, an Iphone and Ipad application that gives fans of this ancient Basque musical instrument the chance of playing txalaparta using an Iphone or Ipad. 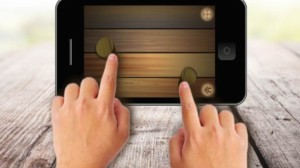 The txalaparta is an instrument made up of one or more thick wooden boards played by two people. The players, called txalapartariak, use short wooden sticks about 10 inches long and an inch and a half in diameter to hit the boards following a set of rules for rhythm.

In the past, shepherds would use the pieces of wood which make a txalaparta as a means of communication between farmhouses or when they were up on the mountain slopes with their flocks of sheep.

The app recreated the wooden board and includes four different sounds available according to the player’s level, which gives the chance to create several rhythms.