Andoni is turning 13 tomorrow, and although I wrote this piece a few years back, not much has changed other than his escalating teenagy attitude. Even though I’d been expecting it for a while, I’m having a hard time dealing with it. He’s 95% the sweet kid he’s always been, so when that 5% comes up, I’m never ready. It’s ok, I’ve always been a couple of steps behind when it comes to my children’s developments. Andoni is becoming his own dude, and that’s awesome to watch. He’s still my pala partner, still smart, funny, affectionate, caring, and well-mannered (for the most part). He was born on Thanksgiving Day, 2003, and of all the things I’m grateful for, he is definitely right up there.

I love you, txiki. Keep being you!

I often think about being born again (not that way!), since my friend Ander told me this summer about this guy, whose life took a new meaning the first time he saw the ocean. We live in such a hurry in general that we often neglect to cherish significant moments in our lives. For me, realizing that I could speak Basque or jump from 25 into a river are things I’ll never forget, but that’s nothing compared to when I became amatxu (mom) for the first time. 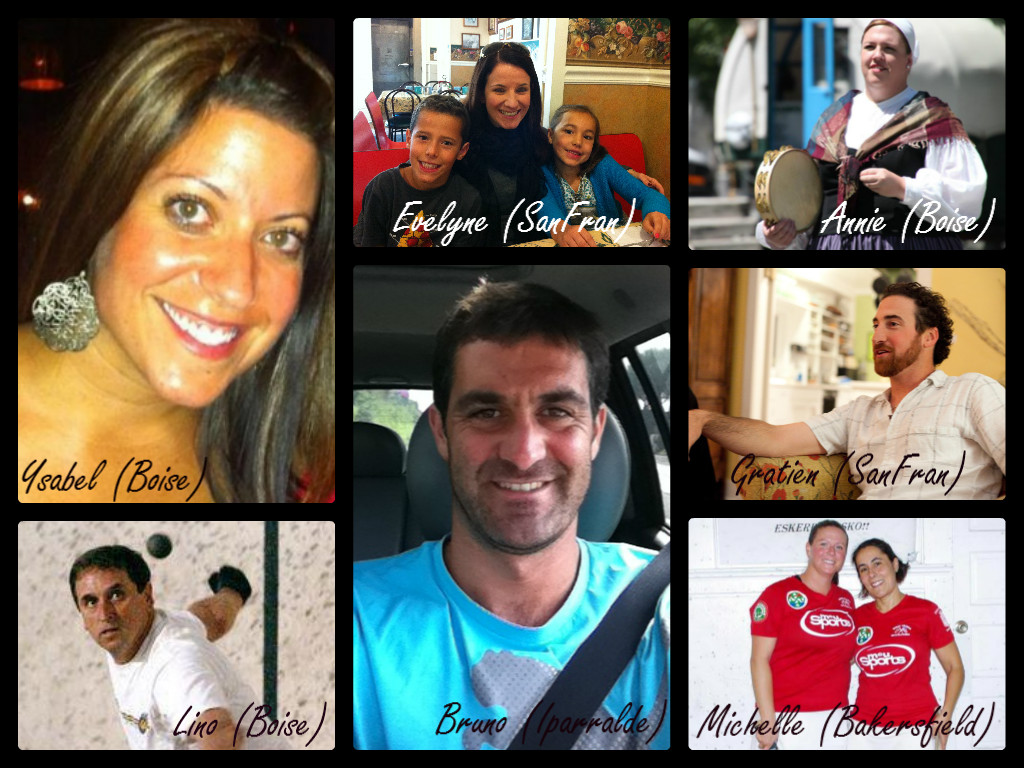 Nine years ago I was born again, and I didn’t even know it. Andoni came out on a cold Thanksgiving morning at a Chicago hospital, a little over 5 lbs of kicking and screaming. Some moms bond with their kids as early as conception, but I couldn’t wrap my head around the whole thing until a few years later. I remember talking to my belly during those never ending months of pregnancy, to apologize in advance for the mom that fell to his lot, so he wasn’t completely surprised when he realized I had no clue about what I was doing. Fortunately, with time comes experience and I’m finally starting to get the hang of motherhood. To the point that I can even annoy the crap out of my childless girlfriends with the hundreds of anecdotes I’ve collected from my adorable children over the years, or by bragging about their cuteness, intelligence and funny ways. If that’s doesn’t count as fulfillment of one motherhood’s most essential requirements, I don’t know what does.

So Andoni is nine today. He really is cute, smart, and funny, I swear, and my favorite pala partner. I’m not into video games or playing on the Wii, so sharing a common love for pala has been the greatest way to bond with my kid. He’s been wanting his own pala forever, so for his birthday, that’s what I gave him. And a bag.  A baleen ball. Some gloves to avoid blisters. It sounds simple enough, but getting the present together was a collaborative effort, on a national and international level. It went more or less like this:

Evelyne Etcharren, from San Francisco, hooked me up with the pala (made in Argentina). Gratien Etchebehere, also from San Francisco, handed it off to Annie Gavica, from Boise, when he came to Mountain Home for the October NABO meeting, who in turn gave it to me during a girls night-in at my house. Then, Lino Zabala, from Boise, made the handle narrower to fit Andoni’s hand better. Bruno Irachabal, from Uztaritze (Iparralde), provided the bag to carry the pala. It has “Andoni H” written on the back, and it matches the one he gave me as a present a year ago. Ysabel Bilbao, from Boise, brought the bag from the Basque country this fall. Finally, Michelle Saldubehere Friebel, from Bakersfield, was nice enough to mail a couple of new baleen balls, which she’d acquired in Euskadi last winter.

To all of you, eskerrik asko! Andoni and I will always think of you when we play at the fronton.