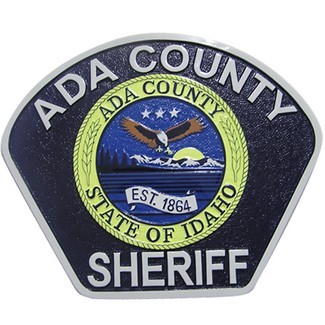 You know when you drive by the Chevron parking lot, where somebody just got pulled over by a cop and before too long two more police cars arrive at the scene, sirens blasting, lights going on like it was the 4th of July, tasers, guns, and nightsticks protruding from all six policemen’s belts? You silently thank God it is not you surrounded by half of Boise’s police department and start to wonder what the hell this person did to get in so much trouble. He must have been speeding like crazy, you think. Maybe he just robbed the gas station or got into a fight with the cashier when she couldn’t figure out the change?

Believe me, it’s nothing like that. The truth is, cops get bored. This is not Chicago, people, so apart from a stabbing in Nampa once in a while or politicians stalking female staffers at dawn, nothing much goes on around here. Therefore, when a cop drives by the gas station and sees a peer on the parking lot, he will stop to check that everything is fine, yes, but mainly to kill some time.

I rode along with a Sergeant on an Ada County Sheriff police car last week. The first thing I noticed was how crammed it feels inside, way tighter than I had imagined. The computer in the middle takes up quite a bit of space, and there were so many gadgets and buttons on the dashboard I don’t know how he could see the road when he’d look up from his mobile phone. I was totally impressed. I’d last about a minute and a half as a cop before ending in a ditch somewhere. Not to mention I kept hitting with my elbow the riffle in between his seat and mine, while another one hovered right over my head. Unsettling, to say the least.

The radio chatter never stopped and it became white noise to me by the end of the evening.

Nothing exciting happened on the night of my ride-along, but it was fun. All the knowledge I have about police work I gathered from hours of watching Law & Order: SUV during the long Chicago winters, so seeing and hearing first-hand how they operate was great. Did you know all police cars use the same key?

Because my “guide” was a Sergeant, he could just look on the computer and go to whatever call he wanted, show up, check on things, get back to the car and pick out another call to supervise. He let me go into one house with him and listen in to this cop’s interview with the owner, but then he made me wait in the car while he checked on some guy who had allegedly assaulted a teenage girl.

So, you better replace that burnt out headlight and take care of those expired license plates, because cops drive around checking the numbers on their handy laptops hoping that you’ll have a warrant or something to pull you over and have some fun.

We never even stopped by Krispy Kreme.

3 thoughts on “On patrol”