Olentzero’s grandkid is at it again, this time spreading joy, presents and letters to people in Mexico and other parts of South America.

We met him last year, after his trip to Africa, where he delivered messages to the locals from family members now living in the Basque Country. This Christmas, he showed up in Southern Mexico in the most fashionable way: he dropped from the sky among the Mayan ruins in the Yucatan region. Today, he is walking across Lacandon jungle, on the date the world was supposed to end, according to the Mayan calendar. 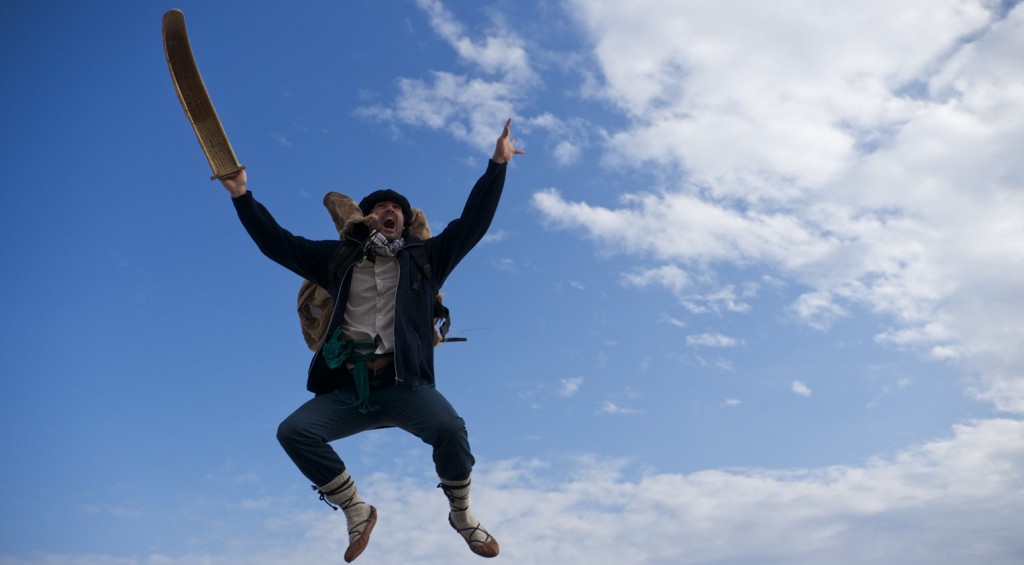 The “Arraun the world” project was started by Basque actor Iñigo Iraultza “Iru”, who plays the part of Olentzero’s grandson. As he told A Basque in Boise last year, the story started a few years back, when he worked as Olentzero in one of Bilbao’s neighborhoods collecting the children’s letters. In their letters, kids from other countries asked for presents to be delivered to those who stayed behind in their native land. The address in most of the letters was their country of origin: Morocco, Senegal, Colombia… So he thought that Olentzero should travel around the world and, with that in mind, he started writing a tale with Olentzero’s grandson as the main character. He would go from one country to another taking presents from kids in the Basque Country to their families in far away countries. Little by little he started to believe his own story and, after talking with some friends, the fantasy became reality.

As I mentioned before, last year he visited the northern part of the African continent. Olentzero left the Basque Country by van and headed to Senegal, making stops along the way (Morocco, Sáhara, Mauritania, etc.) to hand out presents and Christmas greetings. This year he is in South America, his pouch full of messages from families that had to emigrate to the Basque Country.

Olentzero will use the trip to document and expose infringement on Latin American immigrant’s rights. His goal is to help in any way possible those people who are forced to emigrate to other countries in search of a better life and many times can’t even communicate with the families they left behind in their native countries. Olentzero and his team will collect letters and record videos, which they will later show to the person’s loved ones in Guatemala, Mexico, and Ecuador, among other countries.