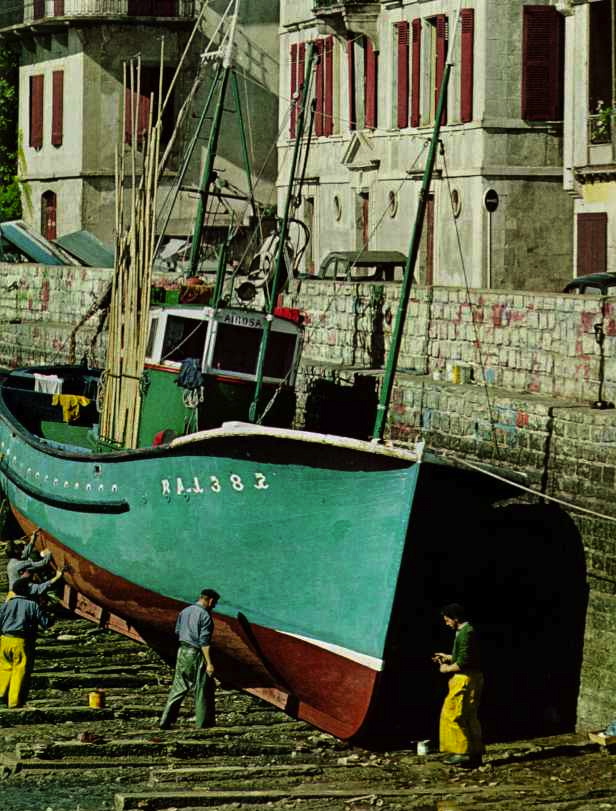 I hadn’t realized until now what a slacker I’ve been these last few days, but I didn’t want to leave the year on an empty blog. Fortunately, my friend Javier from About Basque Country Blog came the rescue and shared with me a very interesting article from National Geographic which, in turn, I’d like to share with you.

On December 29, the National Geographic website chose as Photo of the Day an image featuring Basque farmers originally published in the magazine’s August 1968 issue. The photo is part of a 38-page article on the Basque Country titled “Land of the Ancient Basques”, which is available to the public on the New York Society Library website as single page .jpg downloads (240-277). For your convenience, I compiled them all into a single PDF file. The print quality is not the best and you might end up slightly dizzy after you’re done with the article, but it’s readable and so worth it.

The text was written by Robert Laxalt, a Basque-American writer from Nevada, and the photos were taken by photographer and writer William Albert Allard, who has been a major force at National Geographic and in mainstream photography for almost 50 years.

I hope you guys enjoy the article, although I doubt that anyone will read it today. In the meantime, you can watch (it’s probably a rerun for many of you), this 1950’s documentary video made by Orson Welles for the BBC, also about the Basques, in English with Basque subtitles.

14 thoughts on “Land of the Ancient Basques, a 1968 article by National Geographic”