I’m so happy there have been great Basque-related news lately, thus giving me something to share with you without actually making an effort to sit down at the computer and think about what to write. Besides, learning about Bilbao’s Mayor being voted best in the world tops by far Andoni breaking a tooth in New Year’s Eve. Not for me, of course, but I’m his amatxu after all. I got an excuse.

Today I’d like to bring your attention to a couple of travelers named Jürgen, from Germany, and Mike (go figure), from the USA. Born wanderers, they love learning about new cultures and have decided to see the world… slowly. In their opinion, always being tourist might get lame, but they can live being eternal newcomers. Their plan is to move to an interesting new city, once every three months. About 91 days.

Idaho was their latest destination and on January 10, right before their farewell, they published an article on Boise’s Basque Block.

One of the most idiosyncratic aspects of Idaho, and Boise in particular, is its connection to the Basque Country. Because of geographic and climatic similarities to their homeland, thousands of emigrating Basques chose Idaho as their new home. Their influence remains strong throughout the state, but nowhere is it more celebrated celebrated than in Boise’s Basque Block.

A wonderfully realized mural on Capital Boulevard welcomes visitors into the block. For the uninitiated, the painting works as a visual introduction to the Basques and their history in Idaho. Scenes from the homeland mix with representations of Idahoan pastoral life and even a recreation of Picasso’s Guernica.

The block itself centers on the Basque Heritage Museum and House, both of which we took a tour of. The museum is excellent, with a exhibits that throw a light on the Basques, their homeland, language, history and present-day situation. Basques are a fascinating people, thought to be among Europe’s oldest cultures, with a language whose roots can’t be traced to any other. Though their history has been fraught with hardship, today the Basque Country (which they call the Euskal Herria) is one of the most prosperous regions in Spain.

The Basque Boarding House is as interesting as the museum. It’s one of the oldest surviving houses in Boise, and was owned and run by a Basque family for decades. Mostly, the boarding house hosted shepherds over the winter. After snow fell, most of the Basque herdsmen who worked for the big Idahoan ranchers would be temporarily laid off. With whatever money they had saved, they moved into boarding houses to spend the winter months gambling, drinking and pining for home.

The boarding house has remained mostly unchanged from bygone days, and is filled with artifacts and furniture appropriate to the era. We were given a tour by the museum’s director, Patty Smith, who (despite the very English name) is of Basque heritage and who knows practically everything about the culture. She also showed us into the block’s pilota hall, where the fast-moving sport is still frequently played.

There’s a lot more to discover in the relatively small block. Public art, like the larger-than-life laikas(Basque farm implements) which crown the entrance to the block. Basque poems and songs inscribed into the sidewalk. Bar Gernika, a popular restaurant which serves up traditional fare like chorizo sandwiches and a delicious lamb grinder.

No visit to Boise is complete without a tour around the Basque Block. The fascinating and surprising connection to the Old World is one of the city’s defining characteristics.

Before I leave you with a wonderful series of photos featuring Boise’s Basque Block taken by Jürgen during their visit, I’d like to encourage you all to thank these traveler for their great work. You can share your comments, suggestions or questions with this contact form, or by sending them an email. You can also follow them on Twitter and Facebook.

Besides the Basque Block, Jürgen and Mike have also featured The Old Boise Penitentiary, The Capitol Building and the Boise Train Depot, or The Boise State Broncos, among other Idaho places. Visit their Idaho for 91 Days website to check them all out. 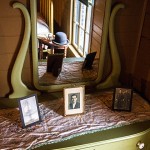 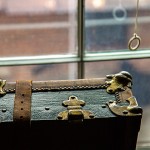 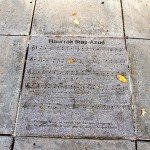 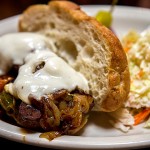 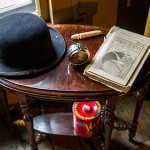 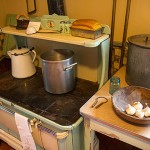 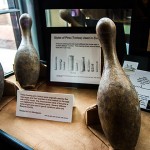 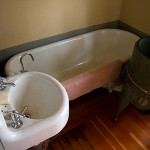 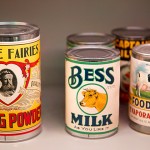 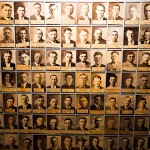 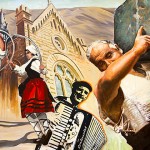 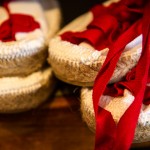 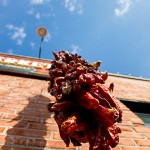 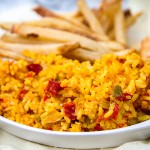 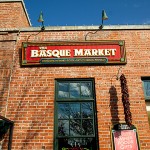 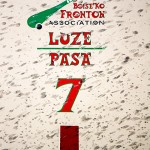 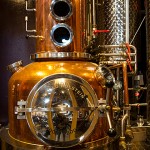 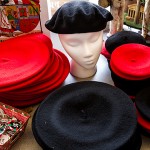 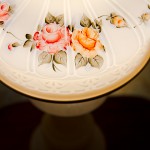 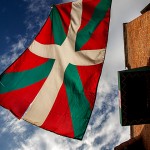 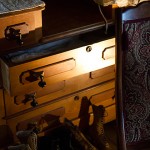 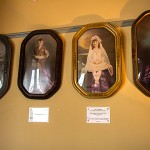 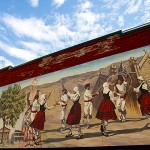 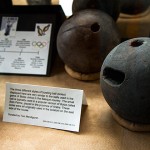 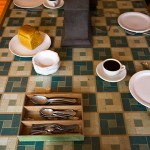 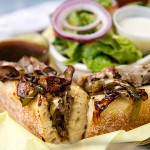 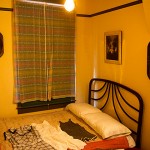 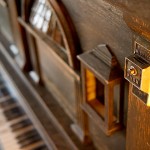