According to an article published today on EITB‘s website, ETA says they “are sorry” for the damage done to “citizens that have no responsibility in the (Basque) conflict”. I never thought, in my wildest dreams, that I would live to see the end of ETA or hear a statement like that. The 80’s and 90’s were tough years in the Basque Country, so I did my best to forget about the ugliness as soon as I left Bilbao, in 1996. It was really easy to do so in Boise. Here, there is no negative connotation whatsoever to being Basque. Soon, the same will be true overseas as well.

Sorry for the damage done to innocent citizens, ETA says

Garikoitz Aspiazu, Txeroki, presumed military chief of the Basque armed group ETA, said on Monday speaking in the name of ETA that they “are sorry” for the damage done to “citizens that have no responsibility in the (Basque) conflict”.

Speaking at a trial in a French court in Paris against 10 suspected ETA members, Aspiazu read a statement in which the armed group apologizes for the damage done, Basque online newspaper naiz.info reported.

“A family from Orio have found themselves involved in the events that will be recounted involuntarily (…). The group ETA wants to tell the Orio citizens that it regrets the damage done. These words can be extended to all the citizens that, like them, have no responsibility in the (Basque conflict) and have suffered because of ETA’s activity”, Aspiazu read.

The suspected military chief of ETA appeared in court on Monday in a trial against him and nine other suspected members of the armed group. Those other included three other suspected chiefs -Aitzol Iriondo,Jurdan Martitegi and Mikel Carrera – and six other members – Ohian Barandilla, Alaitz Aramendi, Ander Mugika, Iñaki Iruretagoiena, Aitzol Etxaburu and Itziar Plaza.

This trial will lead to another trial for Txief, arrested in France in 2008 and charged with the killing of two undercover Spanish police officers. 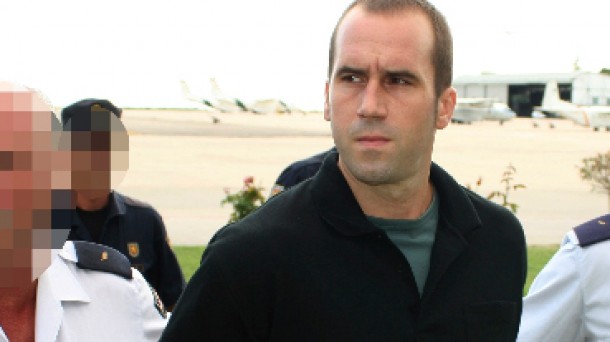