I realize we are still a couple weeks out from celebrating Mother’s Day here in the States, but it’s already coming up on Sunday in Spain. Around the world, sons and daughters will get flowers, cards, gift certificates and hugs for their moms. No matter what it is, we will cherish it because it came from you.

However, sometimes sons and daughters will get creative and surprise their moms with a different kind of gift. This is the case of Athletic the Bilbao players, who were granted permission by Spain’s Professional Soccer League to play with their mothers’ names on their jerseys against Celta de Vigo tonight.

2012-2013 might not have been Athletic’s best season, but this is the type of gesture that makes them champions in my book. 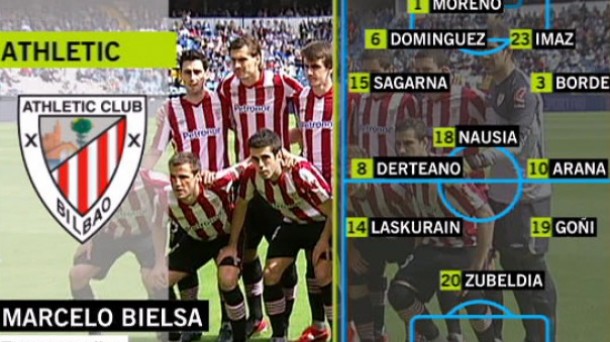 Ibai Gómez: An interview with one of Athletic’s youngest stars
The best part of the game
The Lions of Bilbao: A view from the outside
Once again, Athletic gets a jab at his ‘Basque-only players’ philosophy
Athletic de Bilbao vs. Barcelona Fútbol Club: King’s Cup final