In 2007, the Basque Government opened a Delegation of the Basque Country in the United States, based in New York City. Last March, the Basque Government’s Governing Council appointed Ander Caballero as the new Delegate of Euskadi in the United States. Originally from Bilbao, Caballero moved to in Boston in 2011, where he became a member of the Rhode Island Basque Club and also served as the Basque instructor in the area. Now he lives in New York, where he will work to promote and strengthen the relationship among Basque and US organizations. He will also be in charge of other activities carried out by the Delegation, including:

If you would like to keep informed of the Delegation’s work, you can subscribe to their newsletter Euskal News by sending an email to gonzalo-bilbao@ej-gv.es. It is a free monthly newsletter targeted to people of Basque descent and those with ties with the Basque Country. The newsletter offers information related to business, culture, tourism and general information for the diaspora in the United States (here you have a sample).

Also, you can open an account in Irekia, a platform that lets you be heard in Basque decision making.

You can get in touch with Ander Caballero directly by email at usa@ej-gv.es, or by post at 820 Second Avenue, Diplomat Bulding, Suite 13B, New York 10017. 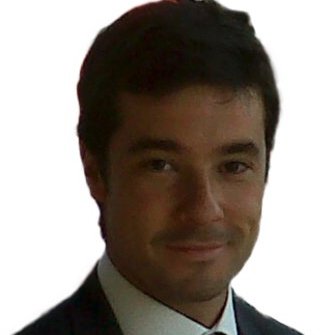 I met Ander last year during the workshop for Basque language teachers, so I was really happy to hear he was appointed as the new Delegate in the United States. He was kind enough to take time out of his busy schedule to answer a few questions for A Basque in Boise.

Q. Ander, you are the Basque language teacher for the Basque Center in Rhode Island, you are Progenika COO, and you’ve just been has been chosen as the new Basque Country Delegate in the United States. Quite impressive, taking into account you are not even 35. How did the appointment come to be?

I was offered the responsibility to work for my Country, for Euskadi (Basque Country). I accepted the great honor of having the privilege to represent my People and the opportunity to put in practice what I have learned from all the roles you mention above and many others in favour of Euskadi.

Q. What will your responsibilities be as the new Delegate?

My task is to represent Euskadi, its interests and its Government in the United States through our Delegation in New York. The main goals are to work in favour of a sustainable development of Euskadi by promoting the sectors of interest for our economy; create stronger links with the Basque Community in the US, a community willing to contribute to build a better Euskadi; promote Euskadi in this “global world” by demonstrating identity through our values and advantages such as Euskera (Basque language), our self-government and our Basque Economic Agreement; and contributing for a more balanced and fair world sharing our experiences internationally.

Q. What do you think will be the most challenging aspects of your new role as delegate? And the most fun?

The most challenging aspect will be to put Euskadi in the place it belongs in the international scenario by promoting our Country and values in the United States. In this important endeavor I will have very much in mind those who preceded me in my position such as Antón Irala and Jesús Galindez, and the values of those “artzainak”  (shepherds) as well as many other Basques that helped earn the good reputation our People has in the United States.

I believe you get to perform outstandingly when you enjoy your work and when you are passionate about what you do. I’m certainly passionate about Euskadi and it’s a great honor to work for my People; I’m sure I’ll enjoy this responsibility.

Q. Is there a specific area or issue you will be focusing on?

Our Delegation will specifically focus on promoting and positioning our nation brand “Brand Euskadi-Basque Country”, integrating all Basque assets, efforts and elements in the US into a potent network in favor of a single foreign action strategy, sharing our expertise and values internationally through making our voice heard within transnational networks and multilateral institutions and becoming closer the Basque Community in the US supporting their needs and reinforcing their role. The General Secretariat of Foreign Affairs of the Governent of the Basque Country will shortly present in the Parliament the Strategic Plan Euskadi-Basque Country 2016.

Q. Will you still continue teaching Basque to the people in Rhode Island?

I will keep up with my personal commitments as a member of the Rhode Island Basque Club and help the organization grow and spread the Basque Culture along the East Coast and New England through the various activities we organize. I may have to use IT technologies in order to teach Euskera though, since my base camp will now be New York.

4 thoughts on “Interview with Ander Caballero, Delegate of Euskadi in the US”