This week’s edition of Astero brings a couple of interesting news which I’d like to share with you: Udaleku 2013 and Elko’s 50th Anniversary/NABO Convention.

Every year since the early 1970′s N.A.B.O., in conjunction with one of the Basque clubs, has organized Udaleku – a two-week Basque Culture Summer Camp. Participants have an opportunity to learn more about their Basque heritage while having fun and making new friends.

This year’s edition, hosted by the Kern County Basque club in Bakersfield, began on Sunday and will conclude on June 28th. Last year, the Udaleku took place in Boise, Idaho.

During this time kids will be introduced to Basque language, dance, sports, culture, cuisine, mus, and txistu while getting to know other kids, from not only other Basque clubs, but often from the Basque Country as well. This year Bakersfield is hosting just over 100 kids for the two weeks. Campers are housed with local families allowing them to get to know how people live in different communities as well. Good luck to all, and a huge thank you to Bakersfield for stepping up and hosting this year’s camp!

Elko’s 50th Anniversary Festival/NABO Convention is right around the corner. Please see the event poster and share it with your Basque clubs and communities. Also two reminders from Jr. Mus and Sausage committees: If your club has a team competing in the Jr. Mus tournament (12-17 years old) please send their names to Gina Espinal-Aguerre before July 1st (juniormus@nabasque.org).

Remember, only winners of local Basque club tournaments are allowed to compete in Elko. And from Gratien Etchebehere, “Don’t forget to bring your best Basque style chorizo, blood sausage, and/or lukainka for the 3rd annual “go pig or go home” Basque sausage NABO championship! Friday the 5th of July. Everyone is welcome to join! 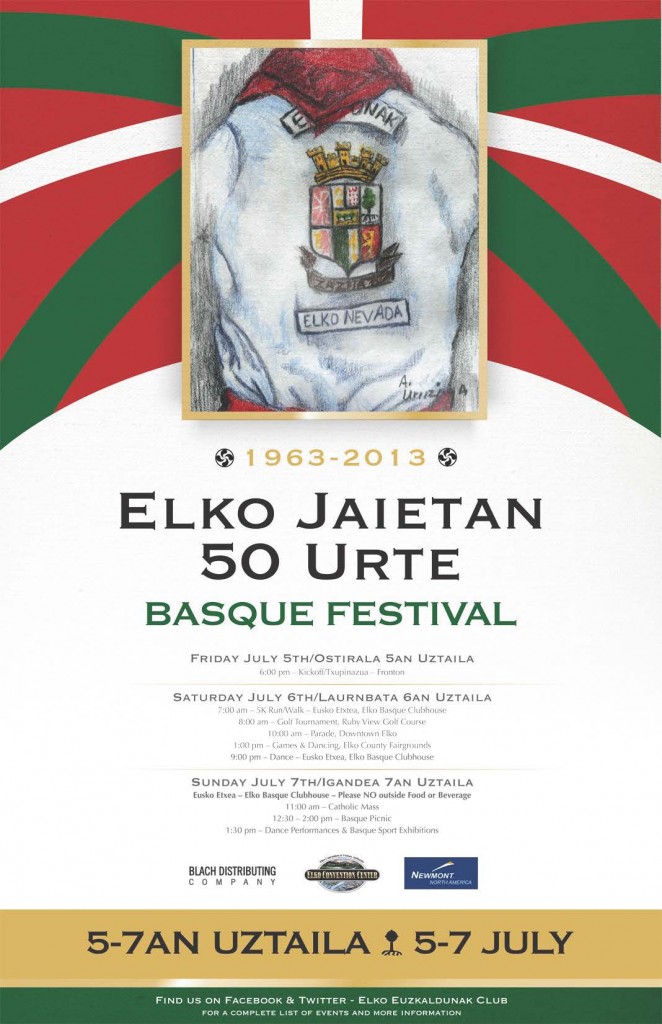