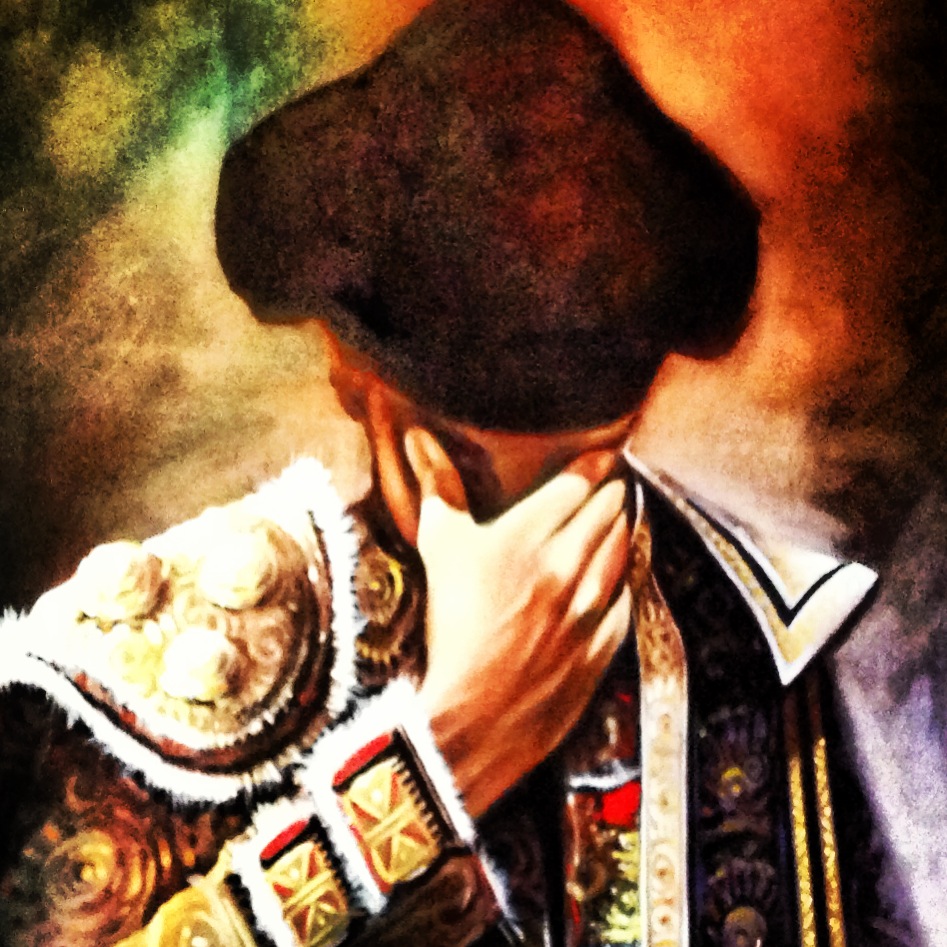 You’d look like that too if all you did all day, every day, month after month and year after year, was listening to women chattering with other women on the toilet. Women of all ages, in various stages of intoxication, with the added disgrace of having to do it surrounded by pink, inside the girliest, cuttest bathroom OMG! you’ve ever seen. Any traces of fierceness he might have had instantly gone the second he was hung on the wall. Talk about emasculation. And you thought driving the minivan took away half of your testosterone.

Women dishing on men and applying yet another layer of makeup, like it was necessary. Women in really short dresses (or maybe they are longer shirts), sporting 5-inch heels and manicured nails. He’s probably racking his brain in an effort to understand where the hell he screwed up to deserve this cruel and unusual punishment.

I wonder how many stories he’s heard about the evil of men, how many women have cried and sworn off the opposite sex, completely oblivious to the matador’s presence. Only to come back the following week with news of a possible new prospect they found on one of those online dating websites, which I despise and yet, decided to use again. I always reserve the right to change my mind, for times like this.

Yes my people, after a series of mishaps in the real world, I’ve decided to give this venue a try. I’m trying to keep an open mind and go with the flow, but it’s somewhat difficult when you type this about yourself:

“I like talking, texting, joking… Oh, and wine. And iPhones. Sarcasm for sure. After checking out some profiles (I signed up about 4 hours ago), I want to make a couple of things clear so I don’t waste your guys’ time: I don’t camp, fish, hunt, ski (snow or water). I don’t golf either”,

but get messages from men who type this about themselves:

“I am a pretty down to earth guy. I like to have fun when I can. I travel a lot for work but try to make time for dating. In the summer I like to fish, camp and hike. Really, anything outside. In the winter I still like to camp, ski, sit by warm fireplaces. Spring and summer I like to be outside doing something. BBQ’s, sports, fishing or just sitting on the patio”.

(Sitting on the patio? Ok, I can do that)

“I play sports hangout with friends, camp, fish, hunt. I am looking for a down to earth gal who wants to have fun no drama and see what happens no pressure.”

“Racing camping fishing snowboard snowmobiling anything outdoors if you like to know more just ask me.”

They say opposites attract. I don’t know, I’ll have to consult with my girlfriends next time I need to pee at Barbacoa.