A funeral mass will be held for Pete Cenarrusa at St. John’s Cathedral in Boise. It will start at 10 am Friday. KTVB will provide live coverage on channel 7 and on KTVB.COM. 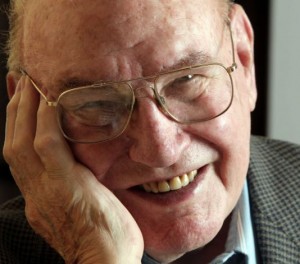 BOISE — Friends and family are looking back at the life of Idaho’s longest serving elected official, Pete Cenarrusa. They say he was a dedicated public servant, a loyal friend, and an advocate for the Basque culture.

Miren Artiach was hired by Pete Cenarrusa in the 1970s.

“Nothing went unappreciated. I think that’s why he was so easy to work for,” said Artiach, the Idaho Deputy Secretary of State.

The two went on to work together in that office for 29 years.

“He taught me how to treat people with respect,” she said. “Pete was someone who would always, always think the best of a person.”

Despite a long and successful political career, Artiach told us Cenarrusa stayed grounded.

“He would go and make his own copies at the copier. You’d ask if you could help him and he’d say no…that’s the kind of person he was,” added Artiach.

Cenarrusa was an experienced farmer and rancher. The son of Basque immigrants who worked as sheep herders.

Over the years, Artiach became close with Cenarrusa and his wife, Freda. The two were married for 66 years and Artiach said they were two of the best friends anyone could have.

Artiach was so close with the couple, she was in the room last Sunday when Pete Cenarrusa passed away. She was holding his hand when he lost his battle with lung cancer.

“We were able to bid him goodbye on a very personal level,” said Artiach with tears in her eyes.
She told us he died peacefully, surrounded by loved ones.

“I will miss him dearly, but he left me a better person,” said Artiach.

A funeral mass will be held for Pete Cenarrusa at St. John’s Cathedral in Boise. It will start at 10 am Friday. KTVB will provide live coverage on channel 7 and on KTVB.COM.

Miren Artiach will be an honorary pallbearer at the service. She told us everyone would be better off if there were more people like Pete Cenarrusa in this world.