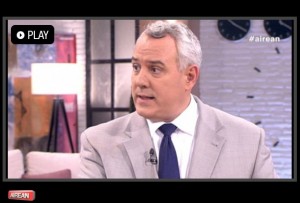 As I promised on Friday, here you have the information about last week’s Mayors for Peace Conference celebrated  in Donostia, Basque Country, where Boise’s Mayor Dave Bieter was one of the keynote speakers. Mayor Bieter was also interviewed (in Basque) by Jaime Otamendi in EITB’s TV program, “Airean”.

After the conference was over, Mayor Bieter flew over to New York in order to participate in the New York Basque Club 100th Anniversary celebrations (check out the videos below). There, the president of the Basque Country, Iñigo Urkullu announced the kick off of Global Basque Network, a network of Basque people around the world. This network aims to better connect all the Basque people that, for different reasons, are living or working outside of the Basque Country (students, business people, voluntary workers, professionals, etc.).

Promoted by the city of Donostia-San Sebastian (in the Basque Country), governed by Euskal Herria Bildu, an International Conference of Mayors and municipal representatives took place last October 10th and 11th. The conference was celebrated under the motto “Building Peace from the Local Level” and its main objective was be to defend the importance of the local sphere in the resolution processes of political conflicts.

The conference was first announced by Donostia’s mayor Juan Karlos Izagirre in the course of the Mayors for Peace event, recently celebrated in the Japanese city of Hiroshima. The Japanese event was directed to mayors and local organisms from around the world who have made or are making contributions to the resolution of political conflicts.

The Donostia international conference also pretended to be a new contribution and to give a new impulse to the resolution of the conflict in the Basque Country collecting the experiences and contributions of other cities. With this objective mayors and representatives of cities that have suffered or suffer some type of political confrontation were invited.

The Conference took place in the Aiete Palace, which is becoming a symbol of the peace process. It was here that two years ago the International Conference for the Resolution of the Conflict in the Basque Country was held, seeing the particpation of prominent international representatives and where a roadmap was set out. Aiete also hosted a few weeks ago the recommendations presented by the Social Forum for Peace for advancing in the peace process.

The October conference saw different working groups dealing with different aspects of the conflicts that the participating cities have suffered or suffer. At the same time it provided an opportunity to listen to the experiences set forth in many of these cities to deal with the resolution of conflicts, reconciliation and their contribution to peace.

On the afternoon of 10th October, the conference moved to the Kursaal Convention Centre, where it continued the following day.

In addition, East Kurdistan (Syria) and Flanders wasbe present at the conference, as will the president of the People Council for Western Kurdistan.

Speaking about the event, Donostia mayor Juan Carlos Izagirre noted that “This initiative is grounded on the firm belief that work carried out at local level can contribute significantly to the peacebuilding process”. He also noted that “The aim of this conference is to learn from the experiences of cities and towns throughout the world who have faced conflict and unrest. I am absolutely convinced that we will be able to apply what we learn to our own lives here in the Basque Country”.