For those of us who love speaking in Basque, whether we are native speakers or we learned the language later in life, Basque language day is every day. We do our best to use it daily in our interactions with friends, listening to music or reading the news.

But today, December 3rd, is the official day of our language and there are several initiatives to help us celebrate in special ways. Basque Centers around the world are holding special events centered on Euskara. The New York Basque Club showed the film “Homeland” on Sunday, and Boise has events going on all week.

Worldwide, the Basque Government’s Ministry of Language Policy and EITB have launched the #MUNDIALA campaign, which hopes to show that our language is global with nearly 1,000,000 speakers around the world. The aim is to fill in a world map located at www.mundiala.net by communicating via Twitter using hashtag #mundiala. For instance, folks in Euskadi could Tweet from the application in mundiala.net to friends outside the country who know Basque. When the friends from abroad respond, then their location is filled in on the map. Or, if you want to start the communication yourself, you could do so from the website. The goal is to use the Basque language, so you don’t have to be fluent, just know enough to send or respond to a Tweet. Piece of cake!

The social networks are also hopping statements in support of the Basque language. One of my favorites is a FB note from Alejo Conti, a Basque kid from Rosario, who I met a few years ago at the Barnetegi in Las Flores, Argentina.

I am a Basque from Argentina. However, the bond I have with the Basque language did not start in Argentina or the Basque Country. No, my journey began in Malaga, in a small town near the Mediterranean Sea. At that time, I didn’t know much about the Basque language or the Basques in general, but one day, by chance (if that’s what it was), I ran into a group of Basques. From then on, I got Basque stuck in my head. I returned to Argentina having learned a few sentences, but I maintained the desire to learn more. For that reason, I, with the last name Conti, joined the Rosario Basque club five years ago. After taking some classes, a couple of things dawned on me: the Basque language has no relation with neighboring languages, its origins are unclear and, after thousands of years and thousands of people (Iberians, Celtics, Romans, Suevians, Alanians, Visigoths, Arabs, French, Spanish), the people that live in that small piece of land chose to speak Basque. Besides, I wasn’t alone: I met a lot of Basque students from South America. Barnetegis were organized, workshops, classes… Once I learned the language better, I started teaching. And after visiting the Basque Country twice, here I am.

They say that languages are tools for people to forge relationships. Well, I guess it’s true, because I’ve met so many people thanks to Euskara. I’m grateful that we met. To all of you: thanks for being there. Let’s keep fighting in support of Euskara! December 3rd, gora Euskara! 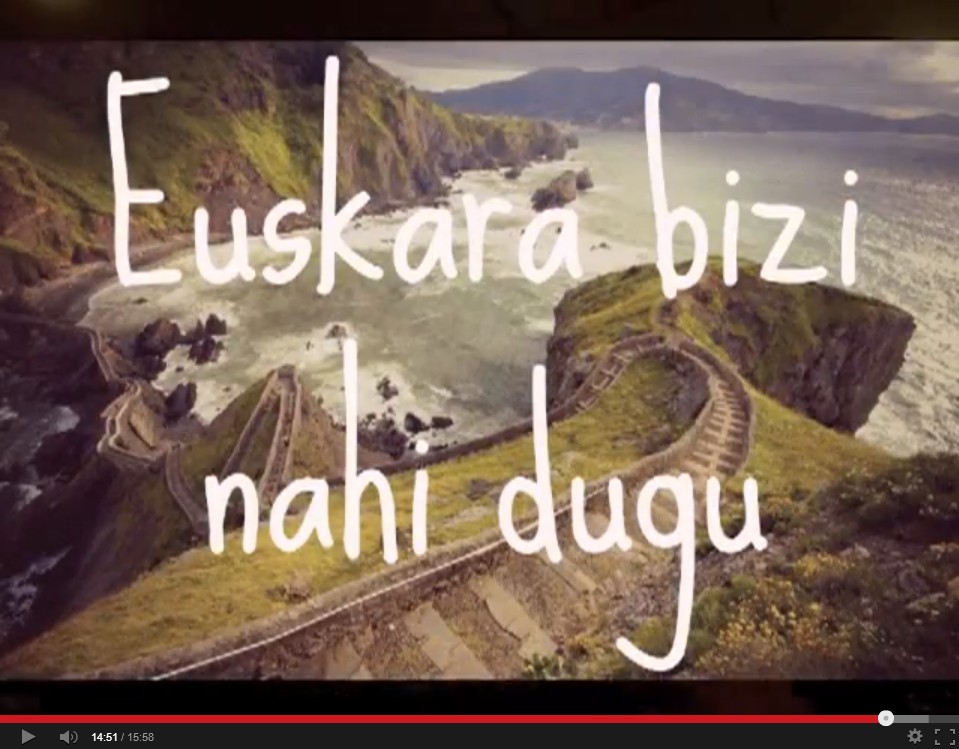