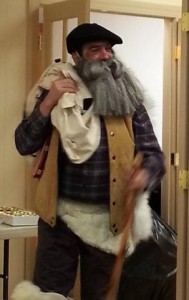 The Rhode Island Basque Club celebrated its annual St. Thomas Christmas party on Saturday, December 21st from 4 to 8 pm.  The board of directors held an open meeting at 3 pm to discuss and plan future events, activities, and further opportunities to promote the Basque Culture in New England.

It was a night full of fun and magic for the little ones.  From 4 to 5, they enjoyed face painting, coloring, and some of them wrote their letters to Olentzero.  They enjoyed his surprised visit at 6 pm.  When he left, they watched the movie Olentzero and the Magic Trunk (Olentzero eta Subilaren Lapurreta). At the end of the night, they made some more crafts as well as a fake beard (Olentzero style).

It was a great night and the perfect way to start the Christmas celebrations.

Olentzero also stopped by the U.S. capital a few days back. Thanks to Mark Bieter, who sent the photos, we can now have a sneak peak of their fun evening. 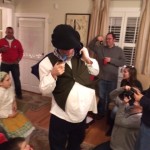 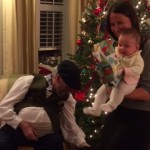 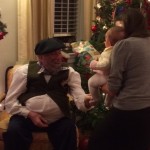 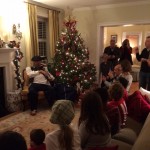 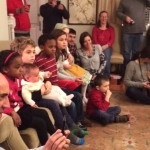 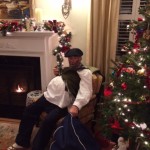