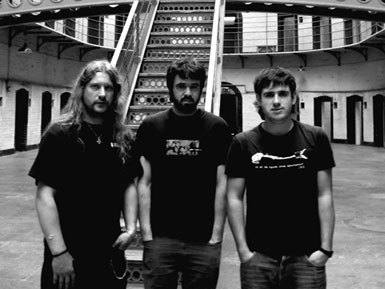 Berri Txarrak was founded in 1994 by Gorka Urbizu (vocals/guitar) and Aitor Goikoetxea (drums). In 1997 they began to focus fully on the band, adding two new members: Mikel López (bass) and Aitor Oreja (guitar).

Berri Txarrak is no strange to the US music scene. Along with Betagarri (another Basque group from Gasteiz) the band participated in the Basque Rock Live 2005 event put together by the Basque Educational Organization. At that time, Berri Txarrak made appearances in Reno, San Francisco, Los Angeles, and Boise.

For the 2014 tour, the band will hit cities like Seattle, San Francisco, New York and Portland, among others. This West Coast tour will finish with a special gig in Brooklyn, playing along  The Naked Heroes from NYC.

Here are the tour dates: