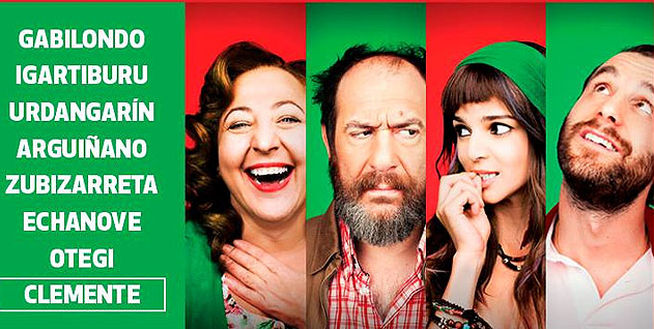 Ocho apellidos vascos (which translates to Eight Basque Last Names), is one of the funniest movies I’ve seen in a while. If you are Basque, Spanish, or somehow familiar with the Spain/Basque Country dynamic, you can’t miss this romantic comedy. I am not saying you shouldn’t watch it otherwise, but you will miss a very large percentage of the jokes and references unless you have a basic understanding of the history.

To me, it was awesome being able to laugh at all the stereotypes about the Basques and Spanish which, when you really think about it, were not that far-fetched. And the messages (at least the ones I took out of the movie) are wonderful: On the one hand, we are once again reminded that love conquers all. It bypasses cultural differences, crosses geographical borders, and disregards historical conflicts. On the other hand, that what parents ultimately desire is for their kids to be happy. Pretty simple stuff, really.

This is what The Hollywood Reporter wrote in their recent review of the film:

Spanish Affair has struck a chord with Spanish audiences and is already a must-see, on its way to becoming the second biggest Spanish-made box-office hit of all time behind Juan Antonio Bayona’s The Impossible. As a comedy, this tale of a young southerner seeking to win the heart of a Basque girl is indeed a very Spanish affair. Thick with local references, it’s hard to see that interest will extend too far beyond Spain, or at least Spanish-speaking territories, though there may be remake possibilities if some canny scriptwriter can be found to translate it wholesale into another culture.

You can read the entire review here.

Maybe they’re right and a remake will be made someday with two other clashing cultures. In the meantime, Spanish speakers can laugh out loud with Ocho apellidos vascos, thanks to YouTube: http://youtu.be/T-LVyGSGYks.

You are welcome, hostia!