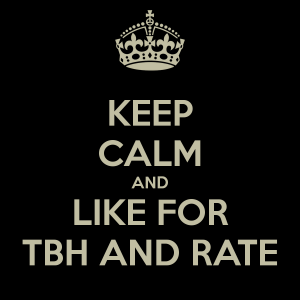 Recently, I became Facebook friends with a teenager from the neighborhood. Let me tell you, it has been an eye-opening experience into their world. My own kids will be there soon and, after getting a glimpse of what’s coming, I’ve already started searching for seminaries and nun-friendly groups in the area.

Before getting to that point though, I had to spend a few hours on Google and Urban Dictionary to figure out the meaning of all these acronyms and expressions I’d never heard before: Chill is the new cool, and every sentence starts with “Tbh” (short for ‘to be honest’), which makes total sense because how else would you know they’re not lying if they left that out?

They have WcW (Women Crush Wednesday), where boys post the name of the girl they like that week on their Facebook wall. I think is sort of like Throw Back Thursdays, Taco Tuesdays, or Go Back to Bed Mondays. Fine, that last one doesn’t exist, but it should.

Teenagers also play this game where they ask their Facebook friends to rate (I think it’s their) profile pic on a scale of 1 to 10. The pressure! Boy, am I happy that Facebook wasn’t around when I was young! I don’t think Basque guys would have found the activity entertaining anyway, unless it was early on Sunday morning after drinking all day Saturday, which would have done nothing for accuracy.

They not only use emoticons (argh), but they use them backwards! Like normal smiley faces were not annoying enough, now I have to make additional efforts to get their emotions right. I mean, I would if I cared. But still.

And what about their health? I don’t remember this condition from my years as a young gal in the Basque Country, but I’m watching my daughter’s mouth closely for early signs of monkey lips, the leading cause of duck face syndrome. It’s a really horrible condition, check it out. I’m blaming it on Angelina Jolie.

However, far more worrisome that looking stupid is being stupid. As far as I can see, a lot of young people spell like shit. I can’t decide if they don’t know better or they just don’t care. Either way, not cool. Or chill. Whatever.