Growing up in the Basque Country I was always more concerned with soccer than going to the fronton. Even if I went, I wouldn’t have seen anything other than handball matches anyway. In 1996 I moved to the US and in 2008 – after being almost entirely detached for a few years from anything Basque– I started playing pala in Boise’s fronton. So, whether in Boise or Bilbao, I never really gave that much thought to the game of Jai Alai.

It wasn’t until 2011, during a conversation with the president of the New England Basque Club, Roberto Guerenabarrena, that I got curious. I was writing an article on Txitxiburduntzi, the annual pig roast celebration organized by former Jai Alai player Riki “Lasa” Sotil, and I got curious about the man and the sport. 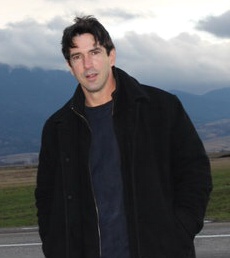 Riki moved to the US from Cuba after his dad, Ricardo Sotil, also a Basque Jai Alai player, was contracted to play in Dania Jai-Alai. He would later manage the Jai Alai court in Bridgeport, CT. Lasa (which means ‘calm’ in Basque and from what I’ve heard nothing like Riki’s hot-tempered personality), turned pro in Spain in 1978 and joined the Bridgeport roster in 1979.

Also like his father, one of the 1968 strikers, Riki was instrumental in the three-year long strike against fronton managers that broke out in 1988 and ended up with the players wining all 23 charges against the board. However, there is a bittersweet taste to the victory as the industry never completely recovered. Nowadays Jai Alai, a booming sport until the strike, is not much more than memories of the glory days.

Recovering those memories is precisely what Sergio Sotelo, a Basque journalist based in Boston since 2007, is trying to accomplish by documenting the story of Jai Alai in the United States. The first video of the series features Riki Lasa, where he talks about being a Jai Alai player and touches on his role as president of the Jai Alai Players Association.

Jai Alai began among the Basques at the end of the 19th century. From the 50’s to the 80’s, the sport billed as the world’s fastest ball game experienced its peak in North America. Never before did Jai Alai reach greater popularity than it did in the states of Florida, Connecticut, Rhode Island and Nevada.

During that time, there were 15 frontones operating around the country, the majority of them in Florida: Dania Beach, Orlando, Miami, Ocala, Fort Pierce, or Jasper. More than 600 players participated in matches that generated millions of dollars in legal wagering.

Sotelo’s documentary project aims to reconstruct the tale and give the keys for understanding the decline of a booming game after the longest strike of any American professional sport.

Hopefully, other Jai Alai players will come forward soon to share their stories, allowing Sotelo to continue discovering the untold stories of the players and the sport. 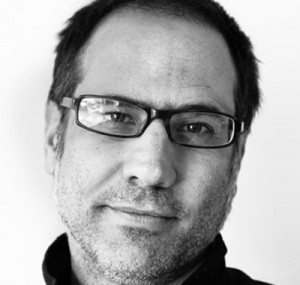 Sergio is a Basque journalist based in Boston since 2007, where he arrived after working as an editor and reporter at newspapers in Spain, Ecuador and Argentina. In the US, Sergio freelances as a copywriter and language specialist while he develops new skills as a multimedia producer and documentarian. In 2012, he began working for El Mundo, the oldest Latino newspaper in the New England area and the leader in its market.