Are you interested in learning about Basque music? If so, you are in luck. This September, renowned conductor José Luis Egiluz will be teaching a one credit weekend workshop at Boise State University.

For more information about the workshop or how to register, contact Nere Lete at nlete@boisestate.edu. 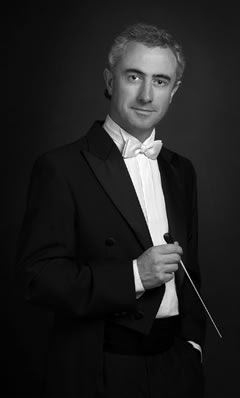 JOSÉ LUIS EGILUZ, a native of Bilbao, Bizkaia, in Spain, began his musical training at the age of eight in Bilbao’s Superior Conservatory of Music, undertaking a comprehensive program of solfège, theory and history of music, harmony, counterpoint, fugue, acoustics, and trumpet and piano performance.

As a young adult he focused his musical training toward conducting in Vienna, Austria, with Karl Ernst Hoffman and Swedish choral master, Eric Ericson. He went on to establish his identity as an orchestral conductor through an extended 6-year orchestral conducting apprenticeship under the guidance of Maestro Alberto Blancafort.

Maestro Egiluz currently conducts a wide range of opera, as well as orchestral and Zarzuela (Spanish musical theater combining dance, operatic and popular songs) works in the Basque Country and abroad, and has won numerous Zarzuela awards throughout Spain. His most recent concert was with the Ukrainian State Orchestra of Kiev, and he makes frequent guest appearances with the Bilbao Symphony Orchestra, the Orquesta Barroca Simón de Huarte of Bilbao, Sotto Voce Orchestra of San Sebastian, the Orquesta Lírica de Bilbao, the Orquesta Sinfónica Donostiarra of San Sebastian, and Bilbao’s Municipal Band. He has also collaborated with many choirs throughout Spain and conducts in the leading concert halls of the country such as the Auditorio Nacional of Madrid, Bilbao’s Palacio Euzkalduna, the Kursaal in San Sebastian and Baluarte of Pamplona.

With his extensive background in Basque folk music, Maestro Egiluz has frequently been commissioned to arrange and compose Basque music for historical projects and for dance accompaniment. He began his contact with Idaho in 1988 when the Government of the Basque Autonomous Region sent him to advise Boise’s Biotzetik Basque Choir during its formative years. His contact with the Boise Basque Community has remained constant and he frequently works on projects with his Boise friends. In addition to music, Maestro Egiluz maintains a dual career and dedicates the rest of his time to teaching Classical Languages at the High School level. He serves on several European education commissions and is currently on sabbatical from his job as High School teacher.