Several months ago I thought it might be a good idea to give online dating a chance. I started by creating an account on Plenty Of Fish, which turned out to be pretty slimy, actually. I ended up closing my profile because I would have cut my wrists if I saw one more photo of a guy holding a fucking fish. Someone should tell them not to take the name of the site literally.

However, not everybody in POF was looking for the female version of Crocodile Dundee:

“Are you itching for a new career? Try escorting, and you will!” 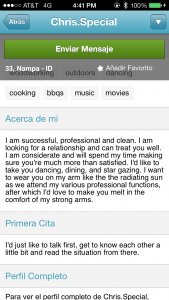 A few months and several counseling sessions later, I felt confident enough to take another crack at dating, this time by signing up with OK Cupid. The site looked less trailer-trashy than POF, and some of the guys there even had college degrees, which was an encouraging and welcomed change. I put a lot of thought into hatching out my profile because I thought that men would read it before messaging me. How naive! Girls, take my advice: Don’t even bother! Just put up a couple of pictures, with some cleavage if possible, and you’ll be set.

The only guy that actually took (what I thought to be) a genuine interest on me was an ex-Mormon father of six who wanted to start dating again – except on Mondays and Thursdays, as he was busy those days fucking his married ex-neighbor. But hey, it’s all good. They had straightened it up with the husband previous to making the schedule so he could stay home with the kids while his wife took a break.

I’ll illustrate my point with a few examples (all screenshots painfully acquired by personal experience). After putting that much effort into describing myself, I really, REALLY did not appreciate one-liner messages that didn’t touch on anything mentioned in my profile. Jesus Christ! I’m from another country, how hard is it to break the ice? I even brought up the issue to my suitors’ attention:

*PLEASE READ* Avoid a first message that only says “Hey baby” or “You’re hot”, “Whassup,” and shit like that, because the first thing that comes to mind is “WTF?”, and then I won’t answer. 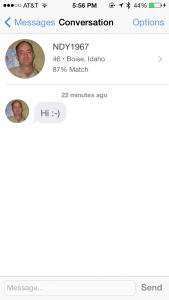 I also made it extremely clear in my profile that I am one of those people bothered by spelling mistakes or reading “How r u?” on a text message – hell, on any kind of message – and I urged my potential dates to please write out their words correctly. 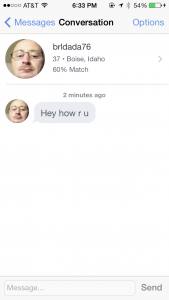 One of the things I loved the most about online dating is how sensitive and understanding men are. 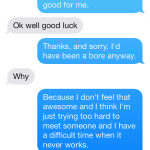 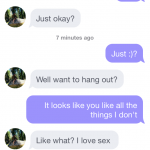 And what about those who think they just logged on to WebMD? Apparently, no issue is big enough to share on a dating site. Or not big at all. 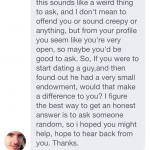 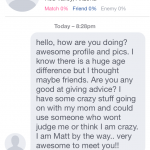 Othertimes, they are simply bat-crazy. 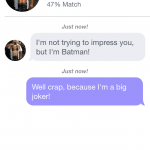 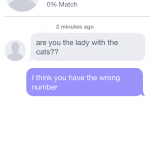 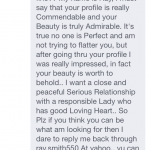 I’m sure you’ve encountered your share of shitty situations if you’ve ever dared to date online. For those of you girls that haven’t but are thinking about it, don’t say I didn’t warn you. However, I would like to end this post on a high note. Not everything sucks in the online dating world. I was able to find those well-acquainted with my culture, something that is extremely important to me. 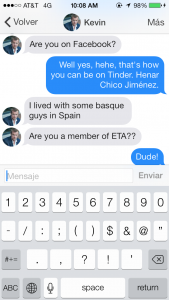 15 thoughts on “Online dating: The joys”