When: Wednesday, April 8 at 2:30 pm
Where: Warhawk Museum in Nampa, Idaho

MANUEL J. ALDECOA enlisted in the Army after 2 years at the University of Idaho. 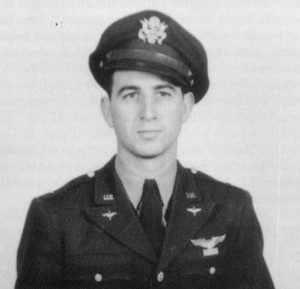 Manuel was one of 5 children born to Basque immigrants in Boise. Juan Domingo Aldecoa Urrusuno (b. in Ea-Nachitua) and Maria Pagoaga Iriarte (b. Motriko). They were charter members of Euzkaldunak – the Boise Basque Center. Manuel is survived by sisters Benedicta Wilson and Delphine Aldecoa, both of whom served as air traffic controllers during WWII. Older sister Maurina Bowles worked in London, England during the war for the OSS, the precursor of the CIA,  Brother Basil and wife Dorothy Aldecoa were generous benefactors to any and all Basque causes in the Treasure Valley.

Second Lieutenant Aldecoa was part of  55th group, 343rd Fighter Squadron. Aldecoa flew a P-38 Lockhead Lightning in the first group to fly P-38s from his base in Wormingford,  England. He had already flown escort protection for heavy bombers in the Wilhelmshaven, Munster and Bremen raids.

He was a 25 year old P-38 fighter pilot when killed in Lille, France in mutual combat with a highly decorated and experienced German Ace who had already downed 56 Allied planes. Neither pilot survived. (Manuel’s opponent was Johannes Seifert who had flown 439 combat missions, and was posthumously given the high rank of  Oberstleutnant ) – Manuel fought to the death with a killing machine and apparently won – but unfortunately Manuel did not survive the parachute down to earth, either a torn chute or killed on the ground).

The accident was on Thanksgiving Day, 1943. A war department letter informed his family. “He continued firing until he had downed the enemy aircraft, and then his own ship went out of control,” the letter said. “His comrades saw him bail out and saw his parachute open.” Manuel was initially reported as MIA but months later, the Army wrote that “he died in an attempt to parachute to safety.”

See this below link for an idea of who Manuel was up against! This guy had already done 439 combat missions and had 56 confirmed downed Allied planes.

Aces of the Luftwaffe – Johannes Seifert

Dolores Totorica is an in-law to the Aldecoa Family.

She became interested in this project while researching genealogy at the LDS Family History Center in Boise. She was encouraged by the volunteers there and the websites they make available to the general public.

In Dolores’ own words: “We are very proud of Manuel. We are also very thankful to Senator Crapo and staff for facilitating this process. If someone is really interested in attending they should email me (dolorestotorica@gmail.com) since the schedule may change due to Senator Crapo’s availability. 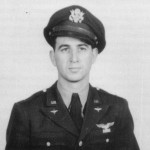 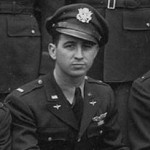 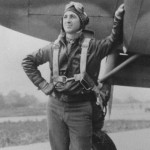