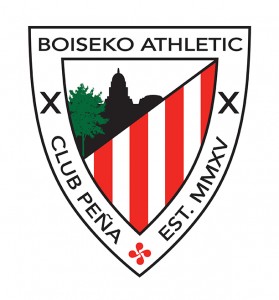 Boiseko Athletic Club Peña will hold its official launch party on Saturday, May 30, starting at 1:30 pm MST at the Basque Center (601 W Grove St), during Copa del Rey finals. where Athletic will take on FC Barcelona.

Boiseko Athletic Club Peña is the only fan club established in Idaho, and one of only five officially recognized by Athletic Club de Bilbao in the United States. Boise and its surrounding communities is home to a large concentration of Basques, in particular Basque families from the province of Bizkaia, of which Bilbao is the capital.

Although there are a few Real Sociedad and Eibar followers, most people in Boise’s Basque community come from Bizkaia, so naturally, they root for Athletic de Bilbao. So much so, that Athletic announced they will be wearing their home jerseys during the Basque Soccer Friendly on July 29 in Boise, because this is their home away from home.

Even though the group kicked around the idea of forming a Peña in Boise three or four years ago, it wasn’t until the Basque Soccer Friendly got closer to being a reality that they really decided to push forward and make it happen. They realized it was crucial to show Athletic how much they’re loved, even thousands of miles away.

Athletic belongs to the Basque people, and that’s what we are here in Idaho. So block your calendar and join us at the Basque Center to watch the game and sign up! Additional details can be found at http://boisekoathleticpena.weebly.com/launch-party.html.