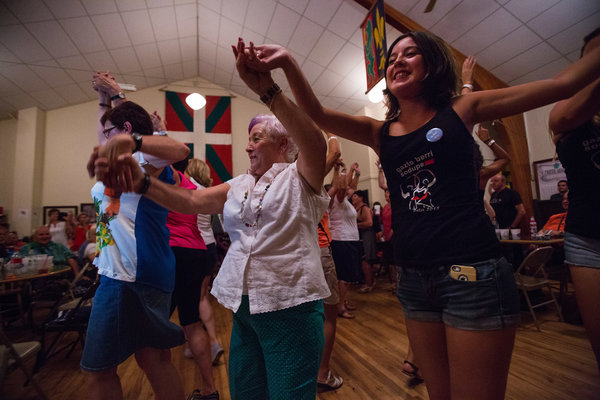 BOISE, Idaho — When the president of the Basques arrived here in Idaho’s capital from Europe late last month, the mayor stepped up to interpret for him into English from Basque, one of the world’s most ancient and difficult languages.

“Boise is part of Basque country,” said the mayor, David H. Bieter, in an interview, explaining his role.

Mr. Bieter’s brother, John, a professor of history at Boise State University who was at the time running an academic conference across town about all things Basque — coordinated with the weeklong festival that had drawn the president, Iñigo Urkullu — said he couldn’t agree more.

“If you’re into Basque studies,” he said, “this is Christmas.”

Many Americans might think of Idaho as potato country, so successfully has the agriculture industry branded the place, right down to the license plates. It is also one of the least ethnically diverse states, with more than 93 percent of its population classified as white, according to the census.

But every five years, a wild and often hidden streak in the history and culture steps up to shout, “Ongi Etorri!” (That’s Basque for “Welcome!”)

A Basque street party called Jaialdi takes over downtown Boise, celebrating the roots that were sunk deep by a wave of Basque immigrants who mostly came as shepherds in the early 20th century. The Bieter brothers, (pronounced BEE-ter), the unofficial first family of the local Basque world, dust off their chops in speaking the language. The taps open to a tide of Kalimotxo, a Basque cocktail of red wine and cola. And people eat black beans and paella.

With an estimated 35,000 or more attendees — this year’s was the seventh Jaialdi (Basque for “festival time”) since the first one in 1987 — it is one of the biggest Basque festivals outside Europe.

And in much the same way that a walk down the street in Boston in mid-March can stir an impulse to wear a bit of green, Jaialdi draws in people like Anna Heathman. She and her husband, Dick, who drove here from their home in central Washington, said they felt a little bit Basque coming to Jaialdi, though in ethnic reality they are not.

“They have had to fight for identity,” said Ms. Heathman, 73, a retired massage therapist who was born in what is now Slovakia in Central Europe, which was swallowed up for decades by the former Czechoslovakia.

“Because they have no country, I can feel for them and the need to keep their history together,” she said, sitting on a bench in Basque Square. “My people had to fight too.”

Mr. Heathman, 75, a retired farmer, said he had mainly fallen in love with the food.

A century ago, Basques also came to other corners of the American West, like Bakersfield, Calif., and Elko, Nev. Thousands more went to Argentina and Chile. And in some places, those old roots withered to memory.

What happened to keep the story and heritage alive in Idaho was partly that in a state with a small population — 1.6 million now, and far smaller when the Basque wave broke — the immigrants stood out. Idaho’s Basques also mostly came from one province in Spain, Bizkaia, which created a cohesive web of interconnected families. California’s Basque community, by contrast, is much more heavily from the French side of the border. 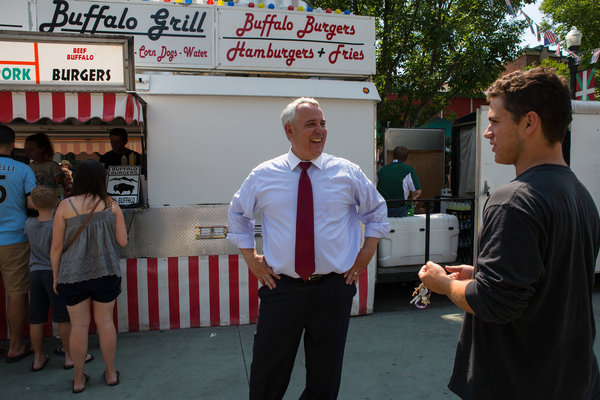 Mayor David Bieter greeted visitors to the festival, which is one of the largest Basque festivals outside Europe. Credit Ruth Fremson/The New York Times

But it is also at least partly a family story, in how John and David Bieter’s father, Pat, fell in love with Basque life and pulled his family in with him, starting in the mid-1970s. Pat Bieter married into a Basque family (John and David’s mother, Eloise, was the daughter of Basque immigrants), and in 1974, as a professor of education at Boise State University, he led its first yearlong study-abroad foray to the Basque region in Spain, taking his family with him.

John was 12 that year, and David, now 55, was 14. Franco, who died in 1975, was still actively suppressing Basque traditions and language, which in turn led to an even deeper connection, the brothers said, as the Boise Basques and the Spanish Basques reached out to one another.

The trip became a university tradition and eventually an anchor of its Basque studies program, of which John Bieter, 53, is now associate director.

“It completely transformed our lives,” he said, describing the 1974 trip.

David Bieter, who served in the State Legislature as a Democrat before being elected mayor in 2003, said that after his parents were killed in a car accident in 1999 — Pat was 68 and Eloise 73 — their father’s Basque dream seemed more important than ever to fulfill.

“He saw something that ought to be done, and he was the one crazy enough to do it,” David Bieter said.

At the Basque Museum and Cultural Center, which boasts the onlypreschool Basque-language immersion program outside Europe, Shamilee Ybarguen-Adams was telling her two daughters one afternoon last week about the lonely lives of the immigrant sheepherders, and how once upon a time Idaho had three million sheep that needed tending.

Ms. Ybarguen-Adams, 34, who lives in Boise and is the granddaughter of a Basque herder, said that for her, Jaialdi is partly about picking up where past Idaho Basques left off and making sure the next generation does not forget.

“The second generation tried to get away from it; the third is trying to bring it back,” she said. Her girls, Joanna, 6, and Isabella, 4, will start Basque dance lessons this fall, she said.

Out in the square, Xabier Urruzola Arana, 35, and his wife, Garazi Del Rey Salsamendi, 34, were talking about wine. They had come from their town of 300 people in the Basque region of Spain looking for a market and a distributor for their white wine, Txakolina (pronounced chock-oh-LEE-nah), which they started making in the family’s 14th-century farmhouse in 2011. It was their first Boise Jaialdi, they said.

“We’re new, just getting started,” Mr. Arana said. “But this is a good place to network.”

For the original article and to view the slide show, click here.

5 thoughts on “Jaialdi puts Boise on the map: Check out today’s article in the New York Times”