Today, Gatibu (my favorite Basque music group), announced their Summer 2016 Concert Tour, which includes performing in a few US cities for the first time ever. Sadly, I will cross paths with them – I’ll be enjoying some much needed recharging with my family in Ortuella – but hopefully you won’t have to miss out. 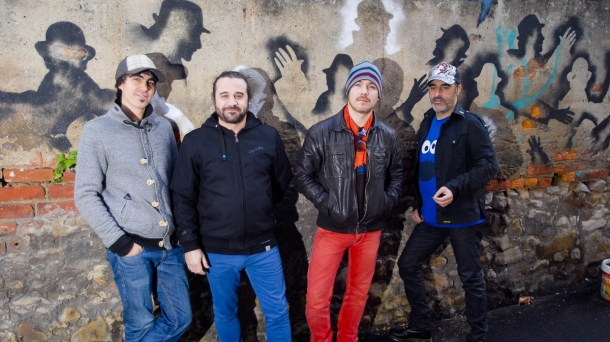 A bit of background

Gatibu, one of today’s most recognized rock bands in the Basque Country, is deeply rooted in the history and culture of Gernika, Bizkaia. In 2000, Gatibu’s lead singer, Alex Sardui, and guitarist Haimar Arejita, joined their musical interests and started the band. They chose to name it Gatibu, which means “Captive” in Basque.

In my opinion, the most important attribute that sets Gatibu apart from the rest of Basque-language artists – whether rock bands or folk singers – is that they made a point to sing in Biscayan Basque, a dialect of the language unique to that part of the Basque Country and very different from the euskara batua (unified Basque language) taught in schools and used in Basque radio, television and newspapers.

In 2002, they released their first album titled “Zoramena” (Craziness), which turned out to be the best name for the album as the band sold more than 20,000 copies, something unheard of for a group that sings in Biscayan. Gatibu’s first album put the band at the forefront of rock & roll in the Basque Country. They performed their first concert on March 7, 2003, at the “Revolution” club in Gernika. They haven’t stopped since then!