Boise and Bilbao: A pair of Boomtowns 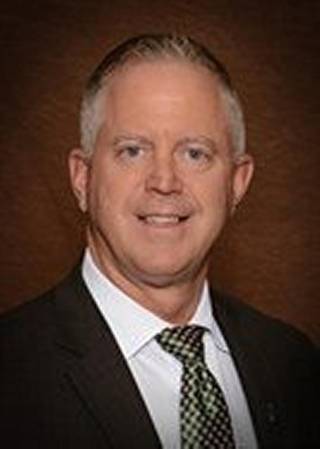 What if a technology wiz from Bilbao who fell in love with Boise during a visit hatched the next eBay or Google right here? This is a real possibility, and it is anchored to the historic connections between our two cities and regions. Since 1890, there has been an economic relationship between Boise and the Basque Country, when the valley relied heavily on sheepherders from the Basque region of Spain to work on the burgeoning sheep industry. Over 100 years later, Boise continues to renew those bonds with events like the Basque Soccer Friendly and Jaialdi last summer that celebrated Basque sports, culture and heritage and in doing so strengthened the bridge between our two regions. Today, we stand poised to deepen this longstanding economic and cultural exchange with a partnership dedicated to enhancing the lives of Bilbainos and Boiseans alike.

Recently, a delegation of officials and business leaders from the Basque province of Bizkaia traveled to Boise to champion the past, and more importantly, the future of economic partnerships between Boise and Bilbao. I learned from Asier Alea Castaños, General Manager of the Trade Promotion for the Bizkaian Government, that there are currently one million people living in metropolitan Bilbao and its GDP per capita is an impressive 122 percent of the European Union (EU) average. To support the highly industrialized economy, its universities develop more science and technology professionals than the rest of Europe, and Bizkaia is the top ranked research, development and innovation (R+D+I) region in all of Spain. Bizkaia prides itself on its culture of innovation.

In Boise, it’s clear to see we are experiencing substantial growth of our own with cranes across our downtown cityscape, receiving recognition as a “techy boomtown” with projects like Trailhead and the reality that we provide innovators and entrepreneurs an environment in which the cost of doing business is nearly one-third less than doing so in California or Washington. In Bilbao, some of the main industries are aeronautics, automotive, electronic and information technologies, energy, and maritime. In Boise, our major business clusters are analytics software, environmental technology, advanced energy, hi-tech manufacturing, hardware assembly, national call centers and agricultural technology. With the many corresponding industries and similarly innovative mentalities, the possibilities for economic development benefiting both Boise and Bilbao are endless.

Leaders in both regions also realize that great cities depend upon outstanding universities. Currently, Boise State University recruits and the Basque Government funds Ph.D. students from the Basque Country to study and conduct research in the BSU College of Engineering. Additionally, each year, there are over 600 students who complete coursework focused on Basque related topics at Boise State. The development of an international perspective is quickly becoming an essential element of education in the increasingly interdependent economy. This global emphasis highlights the need to further develop a collaborative network. Recently, university officials and Bizkaia representatives met to discuss potential collaborations to enhance economic development in both regions.

The synergy between Boise and Bilbao is intensifying. This can only mean good things for the boomtowns of Boise and Bilbao. We need to celebrate more than Basque dance, music and sport. Both Boise and Bilbao are entrepreneurial dynamic societies. Economic developments are on the horizon.

Scot M. Ludwig has a law practice based in Boise and is a member of the Boise City Council.