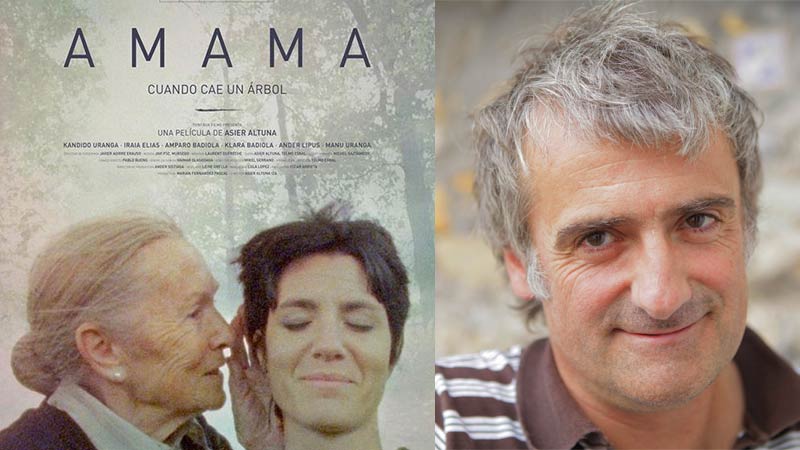 Thanks to the efforts of Philippe Acheritogaray and the NABO Filmategi, the film Amama and its producer and director, Marian Fernandez and Asier Altuna respectively, will be touring six different Basque entities during the month of October. From October 5th to the 15th, the film will be shown at the Basque Museum and Cultural Center in Boise, the San Francisco Basque Cultural Center, the Chino Basque Club, the WAD Center for Basque Studies, and at the Euzko Etxea in New York.

Asier Altuna, the film director, will be in Boise on October 5 at 6 pm (Basque Block location, TBD). Asier will be presenting his award-winning film and answer any questions afterwards. Light pintxos (appetizers) will be provided.

When a Basque family’s eldest son opts not to take over the family farm, sensitive daughter Amaia (Iraia Elías) steps in to convince their controlling father Tomás (Kandido Uranga) of the inevitability of change. A film of rare lyricism and visual poetry, writer/director Asier Altuna’s first solo dramatic feature is a sumptuous and deeply felt exploration of the struggle to maintain the customs that form identity against the inevitability of change. Symbolically rich and rooted in tremendous performances by a largely non-professional cast, AMAMA is steeped in Basque tradition but tells a universal tale of ancestry, generational divide, and the demands of progress.

To have Astero, NABO’s weekly bulletin, sent directly to your inbox, you only have to fill out this form.