His hands. That’s what she remembers the most when she thinks about that day.

If she had to picture the ideal date, this would be it. Apart from dinner, when they sat facing each other, he never stopped holding her hand. He drove her all over the place, as anywhere she wanted to visit was fine with him. He kept his hand under hers over the gear shift practically the entire time, only reaching over once in a while to touch her face. Mostly they talked, but there were also moments of comfortable silence while the music played.

Their first stop was a park that had been featured in a movie a few years back. She loved the film and had wanted to visit the place for months. It was quite the adventure, not so much because of the attractions, but because they ended up sneaking in. The park was closed when they arrived. She was visibly disappointed, but he didn’t seem worried at all. He always knew his way around, no matter where they were. He smiled and told her to follow. There was another way in!

It was a rainy day, probably gray and gloomy too, but she couldn’t say for sure now. She vaguely recalls him putting his jacket around her to keep her warm. Then, taking her hand in his again, he guided her carefully down the uneven path towards the hidden entry. Truth is, they could have been anywhere, under any weather conditions, surrounded by people or completely alone, and it wouldn’t have mattered to her, so long as they were together.

On their way to dinner, they drove past some caves that picked her interest. He could tell, so he turned the car around and bought tickets for the next tour. There was time for a drink before their guided visit but little space in the waiting area, hence they sat close together on a smaller bench. He was so funny and charming that she’d almost forgotten why they were there by the time the previous group emerged a few minutes later. It was damp and chilly inside the caves, yet she had never felt so radiant.

Despite being hungry, she would have rather put off dinner indefinitely. She didn’t want this day to end because she knew that no other would ever be as perfect. She focused so intently on taking in every word, every gesture, that many months after the date was over, after they were over, she could still feel the touch of his hands on her skin, warm and gentle, like a balmy summer day. 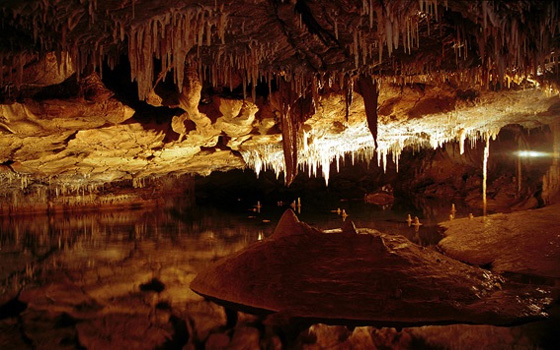 7 thoughts on “The Perfect Date”