I could have done without the last few months, really. Luckily, I don’t feel crappy anymore. It turns out that time does make everything better. Time and wine. Mostly wine. Oh, and friends.

I read an article last December called Aprender a dejar ir (Learning to let go), by Ana I. Bernal Triviño. I enjoyed it because it helped me finish putting my feelings in order. So much so, that I decided to translate it into English and share with you guys (thanks, Diana, for the quality control). It might come in handy someday.

I just want to be happy with my life, and honestly, I am. It’s good to be back! 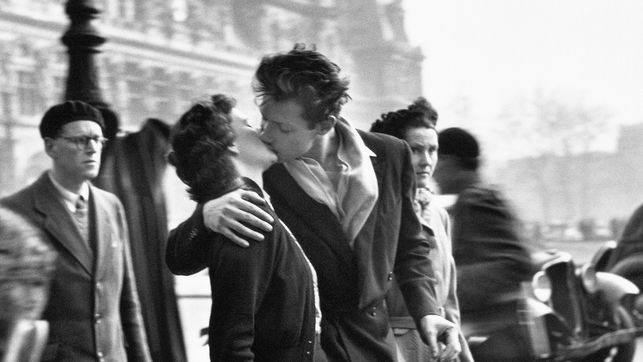 There are times when we must fit pieces of our puzzle, rebuild the landscape, remove weeds and shifting grounds… There are three days left until the end of the year, and we all take stock of our gains and losses. I have gained things, but I have also lost. I have recovered, for the time being a mother after a cancer. And these days I feel like I have recovered two friends, the type who you know would never leave, but who needed their distance, their silence, their time to think or a delicate vital circumstance to react, even if it took them years.

My friend Ruth says that every so often we have to watch the Eat, Pray, Love movie, when it is time to let go. The thing is, I have always found more courageous the adventure of those facing a moment of existential or personal crisis without running away, without putting distance in between. I don’t deny that I would like to go to Rome for a year, then to India, and then to Bali. But why put distance in between when what’s needed is putting time in between. And that cannot be rushed.

In these assessments, gains are kept as if our lives depended on them, neatly folded in our most heartfelt nooks. And the losses, we must know how to let them go or let them be. And it is hard. And it hurts, it hurts a lot, like losing part of yourself.

I suppose one never really knows how to let go, but it is different every time and it is only a learning process. It seldom happens to me, very seldom, except when I lower my protection wall. And sometimes I have lowered it even when I knew that person would not stay in 2017, because I gave a vote of confidence. However, when it is time to let someone go I always insist on the details, which are everything.

First of all, I am referring to normal relationships. Where there is physical, psychological abuse, humiliation, disregard, reiterated and unjustified blame, and the tendency to do harm, even after being left… it is obvious we must leave.

Secondly, letting go when you are the one who made the decision to leave is not that praiseworthy, because you have the advantage to recover and not experience grieving phases. Swallowing that bitter pill falls on the one who must let go despite still being in love, despite not being heard or understood, despite not being forgiven, or despite missing the other person… Too much weight to bear. And that’s when we need to lighten the baggage. If the other person does not help us remove it, it is up to us, because we cannot take on other people’s responsibility.

When it comes to friendship or love, I am one of those who never slams the door, because I see it as a lack of respect and the biggest disregard after sharing your time with somebody, when there is always an option to say goodbye without yelling and with caution. Not like little kids, but like adults. Because there is no need to add more pain to something that, as it is, already hurts.

If that happens, more than the farewell itself, I’m disappointed by the people who allowed themselves to be overcome by their anger and fury, and do not appreciate that time together. Someone’s nobleness is measured right there, in the farewells. And as much as that person denies it, one day I realized that the tale of the red thread could be true. That when you meet a person a red thread appears that links you both together, and you can distance or detach yourself as much as you want, but that thread never snaps.

For that reason, I’m one of those people who prefer quiet, grateful farewells, accepting an apology and contributing with your own, putting distance in between, silences… Then, time is responsible for resetting the pieces of the puzzle and moving them for you. Now, of course, the good ones will me moved, those who belonged to noble people who, in time, know how to handle sensibly what happened. And if there is something I can guarantee is that although it might take five or ten years to arrive, when the person is honest, did not put on someone else’s costume, did not have other obscure intentions and was worth it… that apology or that pending talk will come, or that misunderstanding will get resolved. That’s why I always leave the door open… Because we all make mistakes, and because when you are enraged, in the end, it only affects yourself and it prevents solving the issues.

But even then, to move forward, you know you have to make way. And let go hoping that time will provoke a reaction, for better or for worse. Or let go forever, when you are denied all options from the beginning. It is not usual, thankfully, but when occasionally the door is slammed and the greatest disregard emerges, initially I would freeze up for fear of losing. Not anymore, because I learned that those reactions belong to people who really fear for other things, but never fear they will lose you. And because the very people who bid farewell in such a way are the same who were never actually there. And in those circumstances, what are you going to let go?

Even if it hurts, it is not worth suffering either when someone leaves you at the most delicate time. I’m not talking about being asked for some time, because that’s not leaving, that’s knowing how to wait. And if you are there when that person returns, there are no ‘buts.’ I’m talking about what I’ve seen: family and friends who leave you when cancer or depression hits, because it is too much responsibility for them. We have to let those people go until they come to their senses, if they ever do or empathize at some point, because otherwise it is clear they were there for some vested interest.

When we are forced to let go, I was taught to do it without resentment or hate, never wishing harm on anyone, no matter how much harm they did. And I accepted one has to let go because that would mean loving yourself less than that person, and that can never, ever, happen.

If the farewell is painful, leaves you in shock or you cannot take it in well… I always imagine that the person died, even if it’s not true and in time you accept they live and what happened. But in the beginning, it doesn’t hurt as much. Because we don’t put blame on dead people. All is forgotten, we forgive and are only left to deal with the grief. And in the end, what good are disregard and rage, if we are all going to end up dead sooner or later?

And in those occasions, I re-read my Federico García Lorca and Doña Rosita when she said: “Everything is finished… and yet, with all my dreams destroyed, I go to bed and get up with the terrible feeling that hope is finally dead.” That happens. And it hurts. And then I ask myself… if hope is dead, how are we to live? And then Leonard Cohen comes to mind, just like a friend reminded me a couple of days ago, when he said that even if you have the hope that nothing will change, you must act like you didn’t know it.

If you receive disregard, if you’re left like you’ve been thrown to the trash, like a paper, you cannot love that person more than you love yourself. And if you take a long time to let go, it doesn’t mean that you are cowardly or weak. It means that you really loved, because when things are pure and true, they require more effort and more pain. And when you accept that, and you let go, you will feel courageous. Because courage does not involve holding on, but releasing the hands instead, even if it takes an extraordinary effort.