My son’s journey into adolescence is well on its way, and it shows. He is no longer that little kid who openly cuddled with me before bed every night. Luckily, he hasn’t (yet) become unbearable or withdrawn. Quite the contrary. The closer he gets to being a teenager, the more questions he has, and he doesn’t hold back. I barely have time to put my computer bag down when I get home from work before he fires at me with his usual opening line: “Amatxu, I have a question.” Shit.

It has been quite the experience to revisit my teenage years as I strive to answer all of Andoni’s questions. Not so much because I’ve had to rescue old memories well hidden under thirty years of new ones, but because I’ve realized how little things have changed (in general and for me specifically) since I was young.

It all started a few months ago when he went to the arcade place with a girl he liked, her grandma and her sister. I dropped him off and asked him to call me when he was done. He did, an hour after the girl and her family had left. He told me once the girl left he was finally able to enjoy himself, and whether first dates were different for adults. Yeah… Nope. First dates are as uncomfortable as a wedgie, so you either suck it up or avoid dating like the plague (works for me).

Then, after breaking up with his first “real” girlfriend of three weeks, he wanted to know why he felt so crappy and is it the same when you get older. That’s right, boy. Breaking up sucks no matter how old you are. And just wait until someone you like breaks up with you. I can’t wait to help him with that one! Hopefully he’ll be twenty-one by then because other than wine, I have nothing to offer him.

There are also questions about testosterone and does that subside (I don’t know!), do I also feel something when I like a guy and how do I go about it, and so on and so forth. I thought I was better at handling this stuff now that I’m older and supposedly wiser, but in (trying to) answer his questions I found that I am only kidding myself. Three decades, two kids and a divorce later and I’m as clueless as I always was. Hopefully, listening and being there for him will help a bit.

Probably it’s just me and other people are super responsible, well-adjusted adults who no longer struggle with these types of things. If that’s you, please email me with the answers. Andoni and I will forever be grateful. 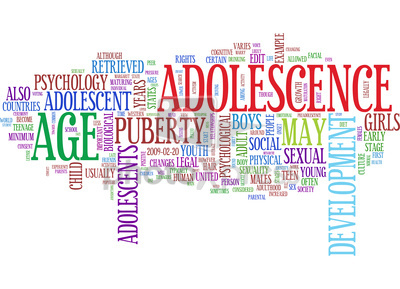